Jumpstarted by a global pandemic, more Americans are streaming video in the home on their television than ever. New data from Nielsen found that 25% of consumers’ collective time is spent with over-the-top video services — including among people 55 years and older.

According to data from Nielsen’s Streaming Meter, a subset of more than 1,100 streaming capable homes from the National TV panel, as of the second quarter of 2020, streaming comprised 25% of all television minutes viewed, with Netflix being the largest contributor to streaming share at 34%, followed by YouTube (not YouTube TV) at 20%. Disney+, which only launched last November, now accounts for over 4% of total streaming time — underscoring the strength of the Disney brand. 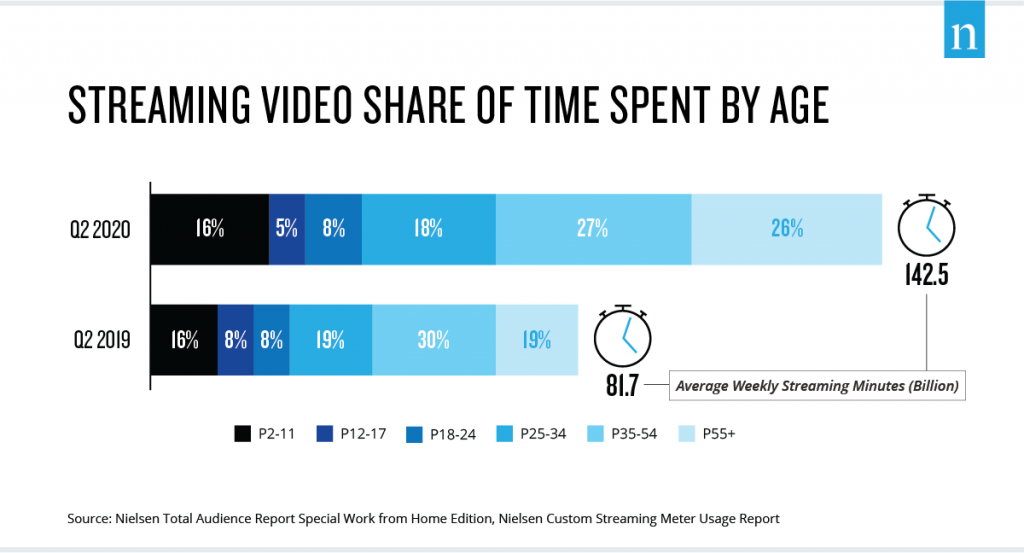 And despite a full menu of SVOD and AVOD services available to consumers, and available either free (ad-supported) or month-to-month without annual long-term contracts, Nielsen found that consumers aren’t just spending more time streaming video; they’re also willing to spend more to stream video. According to the survey, only 2% of adults said they are reducing the number of paid services they subscribe to, while 25% have added a service in the past three months. Hispanics have adopted new OTT video services even more aggressively at 40%. 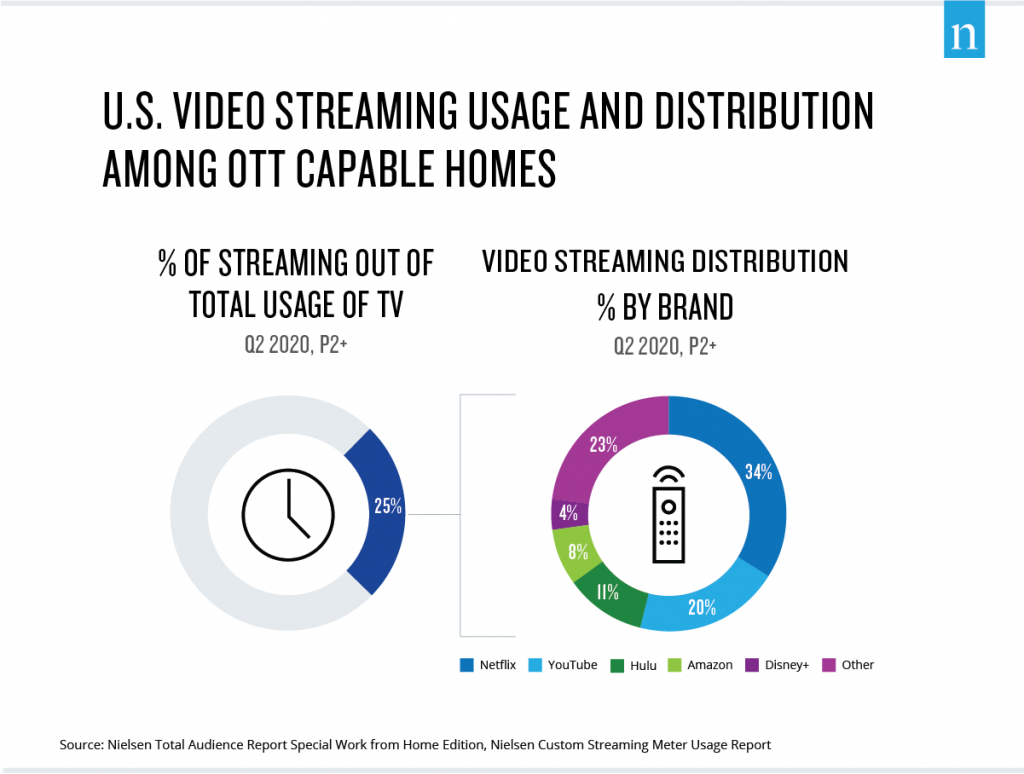 “With the number of new streaming entities coming to market and the demand for both original and legacy content growing by the day, how the streaming market evolves in the coming months and years should be not just top of mind for content creators,” Nielsen wrote. “Additionally, these trends should be top of mind for media owners seeking to license programming, as well as marketers and brands, who might have additional opportunities for connecting products and services with engaged consumers via in-content brand placements.”