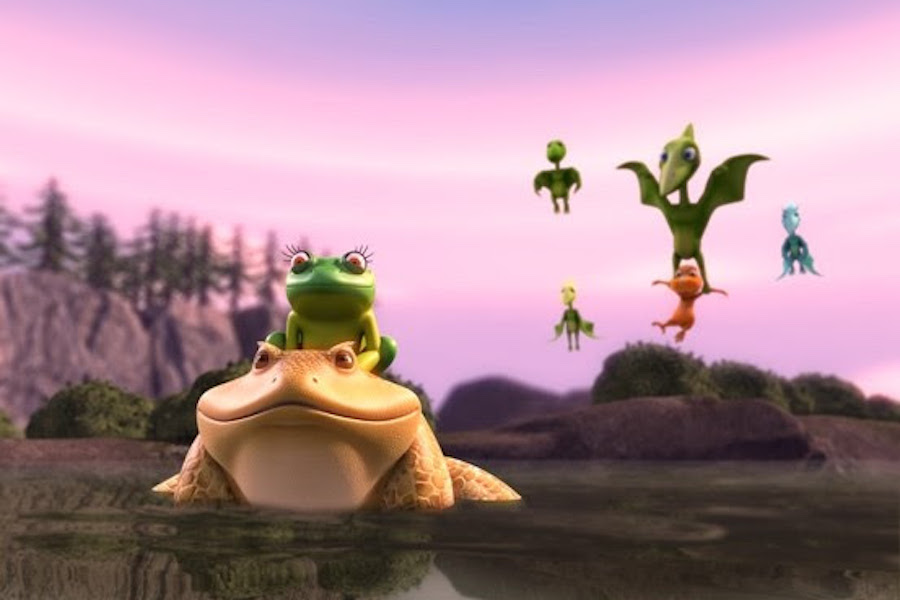 In vol. four of “Donkey Hodie,” Donkey is excited to direct a show starring all her pals, but when she needs to become an actor in the show, she must come to terms with letting Panda be the new leader, in “The Cow and Potato Bug Opera.” Then, in “Golden Crunchdoodles,” Donkey and Panda discover a golden rainbow outside after a storm. Will they find a mythical bowl of cereal at the end? Plus, Bob Dog is nervous about his graduation in “Good Dog School,” and Donkey and Panda find a yodel bird egg with no mama in sight in “Yodel Bird Egg.”

In vol. 11 of “Dinosaur Train,” the Pteranodon Family has raced on land a few times — and even raced in the air against Thurston Troodon — but for the first time they are going to race in the water. Then, the kids happen upon the giant bullfrog Benny Beelzebufo, who they once visited on his home river. Plus, Dad’s old friend comes to visit, and Shiny cheers Tiny up.

In “Odd Squad Vol. 16,” due Aug. 27, the evil Confetti Betty strikes the Odd Squad Headquarters in the Arctic, so the Mobile Unit must return to help Opal and Omar’s old squad. Then, in “The Weight of the World Depends on Orla,” Orla shares a story of how she was chosen to protect the 44-leaf clover. Plus, Oswald goes undercover to enter a villain warehouse run by robots in “Oswald in the Machine/The B-Team,” and the Mobile Unit heads to Australia to stop The Shadow from causing worldwide oddness.

In addition, in preparation for kids going back to school, PBS Distribution has launched a special carousel on its PBS Kids Prime Video Channel featuring episodes devoted to school-related topics from select PBS Kids series, including “Daniel Tiger’s Neighborhood,” “Arthur,” “Hero Elementary,” “Super Why!” and “Pinkalicious & Peterrific.” The back-to-school episodes tackle multiple school-related topics, such as how to handle the first day of school, meeting new people, following the rules, and learning.