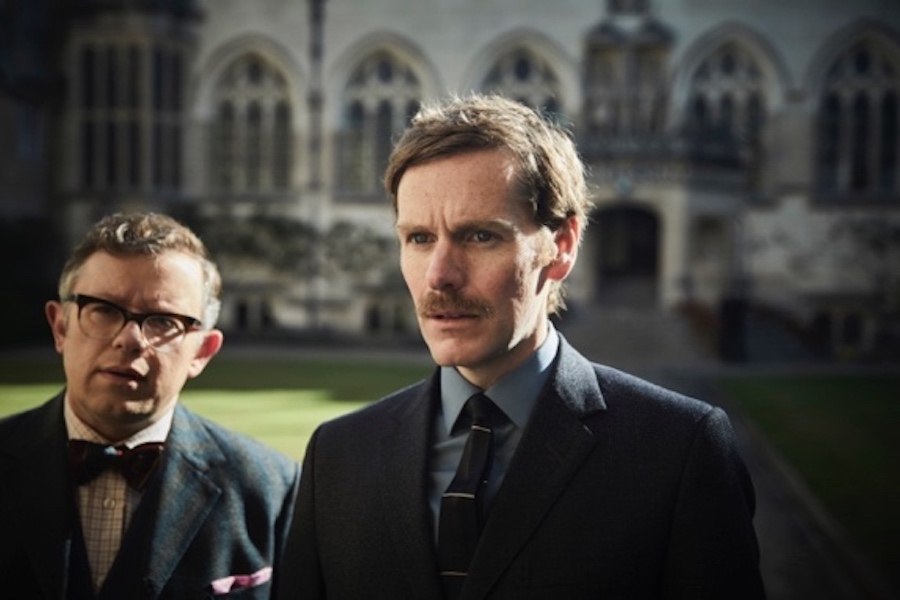 Season six of “Endeavor” and season four of “Grantchester” from the “Masterpiece” franchise, as well as productions from “American Experience,” “American Masters,” “Nova” and “Frontline” are on the July disc and digital slate from PBS Distribution.

Endeavor: Season 6 debuts July 9 on DVD, Blu-ray and digital. Shaun Evans sports a new look as DS Endeavour Morse in the sixth season of the detective drama, the prequel to the long-running “Inspector Morse” series.  His character faces new challenges, with Morse having started a new role as a uniformed officer at the Woodstock police department and embracing the fashion of the period by growing a moustache. Alongside Evans, the new series sees stage and screen actor Roger Allam return as DI Fred Thursday, alongside Anton Lesser as CS Reginald Bright, Sean Rigby as DS Jim Strange, James Bradshaw as Dr. Max DeBryn, Sara Vickers as Joan Thursday, Abigail Thaw as Dorothea Frazil and Caroline O’Neill as Win Thursday. Following the dissolution of the Oxford City Police and the merging with Thames Valley Constabulary at the end of the last series, the new series picks up with the team dispersed as they find their feet in their various new roles. However, despite their separation, the tragic murder of DC George Fancy still hangs over them both collectively and individually, with the case remaining unresolved.

Due July 30 is Grantchester: Season 4 on DVD, Blu-ray and digital. The series returns with a new vicar. Tom Brittney (Outlander, Call the Midwife) joins the cast as Reverend Will Davenport — man of the people and crime-solving partner to Robson Green’s Geordie Keating in 1950s Grantchester. James Norton, who plays the charismatic, jazz-loving clergyman Sidney Chambers, makes his final appearance during the series. Confident, caring and enigmatic, Grantchester’s new young parish priest channels his boundless energy into a quest for social justice. He is a man of God, but with the devil inside of him. As Geordie draws him into righting the wrongs of criminal Cambridge, Will’s own troubled past is unearthed.

July 9 comes American Experience: Chasing the Moon on DVD, Blu-ray and digital. This July marks the 50th Anniversary of the Apollo 11 Moon Landing, and the program thoroughly reimagines the race to the moon for a new generation, upending much of the conventional mythology surrounding the effort. The three-part series recasts the Space Age as a stew of scientific innovation and PR savvy, political calculation and media spectacle, visionary impulses and personal drama. With no narration and using only archival footage — including lost or overlooked material — the film features new interviews with a diverse cast of characters who played key roles in these historic events. Among those included are astronauts Buzz Aldrin, Frank Borman, Bill Anders and Poppy Northcutt, the 25-year-old “mathematics whiz” who gained worldwide attention as the first woman to serve in the all-male bastion of NASA’s Mission Control, among others. Chasing the Moon relates how the drive to land a man on the moon was fueled as much by politics as it was by technology and was a controversial undertaking during a volatile time.

Coming July 16 on DVD and digital from the “American Masters” franchise is Robert Shaw: Man of Many Voices. Viewers trace the improbable journey of Shaw’s life and career, from his childhood as a preacher’s son in rural California through his meteoric rise as a star of popular music during the Great Depression. Soon, Shaw made another highly implausible move to classical music where he again achieved stunning success. He founded the groundbreaking Collegiate Chorale, and led choruses for legendary orchestra conductors, including Arturo Toscanini. An early champion of civil rights, his chorales were among the first to break the color barrier in the American South. Shaw performed the music of Bach in the Soviet Union during the Cuban Missile Crisis, and, with the Atlanta Symphony Orchestra and Chorus, brought audiences to tears in East Berlin in the darkest days of the Cold War. Shaw believed great music could have a profound influence, whether in individual lives or in bringing communities together. Shaw’s eventful journey is brought to life by interviews with legendary musicians, including Yo-Yo Ma, Sylvia McNair, Alice Parker, Marietta Simpson and Florence Kopleff, among others. Family members, admirers, and friends include President Jimmy Carter and Ambassador Andrew Young. The production is narrated by David Hyde Pierce.

Four programs are coming in July on DVD and digital from the “Frontline” series.

Available now is The Abortion Divide, which offers a window into the sometimes difficult and deeply personal choices women face with unplanned pregnancy — and examines the steadfast belief of the anti-abortion community that there should be no choice at all.  With intimate access, the film follows women struggling with unplanned pregnancies, doctors and nurses who provide abortions, as well as those who counsel women against the procedure.

Coming July 9 is The Last Survivors, which follows men and women who as young children lived through the Holocaust. Now, over 70 years after World War II, the program speaks with some of the last remaining survivors of the tragedy. Drawing on intimate interviews with victims and family members, director Arthur Cary presents a haunting look at how disturbing childhood experiences and unimaginable loss have impacted the daily lives and relationships of survivors — from survivor’s guilt, to crisis of faith, to second-generation trauma.

Also on tap July 9 is Trump’s Trade War. President Donald Trump’s decision to put tariffs on billions of dollars in Chinese imports last year shocked the world — and launched a perilous confrontation between the world’s two largest economic superpowers. The program takes viewers to locations both in the United States and China, drawing on business and government insider accounts to offer a look at the increasingly competitive rivalry between the two countries — a rivalry that extends well beyond just trade and tariffs.

Supreme Revenge, due July 30, chronicles the bitter, partisan battle that played out during Brett Kavanaugh’s Supreme Court confirmation hearings. It reflected deep divisions in Washington that may seem unique to America’s current political and social moment, but as the investigation reveals, the intense politicization on display during the Supreme Court confirmation process — and the transformation of the Court itself — has been a shift decades in the making.

Four programs are coming from “Nova” on DVD and digital in July.

First Horse Warriors, due July 16, investigates the advent of horse riding, a momentous step in human history. Horses vastly expanded long-distance travel and trade, made the herding of other livestock possible, and led to the rise of formidable mounted warriors who changed the fate of nations. But when and how did our ancestors first learn to master these animals? The program unlocks the mystery on the grassy plains of Kazakhstan, where wild horses still roam free, and nomadic herders follow their traditional way of life. Investigating clues from archaeology and genetics, researchers reveal vivid evidence of the very first horsemen.

Also coming July 16 is Saving the Dead Sea, exploring salt-encrusted shores that were the backdrop of Old Testament drama and the source of Cleopatra’s beauty treatments. But the Dead Sea is dying. Since 1976, its level has dropped more than 100 feet. Its coastline is pockmarked with thousands of sinkholes. After more than a decade of research and debate, scientists, engineers and political leaders have come up with a plan: connect the Red Sea with the Dead Sea by way of a massive desalination plant. If it’s successful, the project could not only revive the sea but also help ease political tensions and water shortages in the region. NOVA follows what is perhaps the world’s largest water chemistry experiment as scientists and engineers race to save the Dead Sea and bring water to one of the driest regions on Earth.

Coming July 30 is Inside the Megafire, about the deadliest and most destructive wildfire in California history. As residents raced to evacuate, the Camp Fire devoured 150,000 acres and claimed 86 lives. How did it get so big so fast? Why are megafires like these becoming more common? “Nova” goes to the front lines of the deadliest fires of California’s 2018 fire season to hear from the people who had to flee and from the scientists racing to understand what’s behind these record-breaking infernos. Researchers take to the forest, and even a fire lab, to understand the increasing megafire threat.

Also due July 30 from “Nova” is Back to the Moon. On the 50th anniversary of Apollo 11’s historic moon landing, Nova looks ahead to the hoped-for dawn of a new age in space travel. This time, governments and private industry are sharing the work of reaching our nearest celestial neighbor. But why go back? The reasons are varied. The Moon can serve as a platform for basic astronomical research, as an abundant source of precious materials like rare metals and hydrogen fuel, and ultimately as a stepping stone for human missions to Mars, the Asteroid Belt, and beyond.