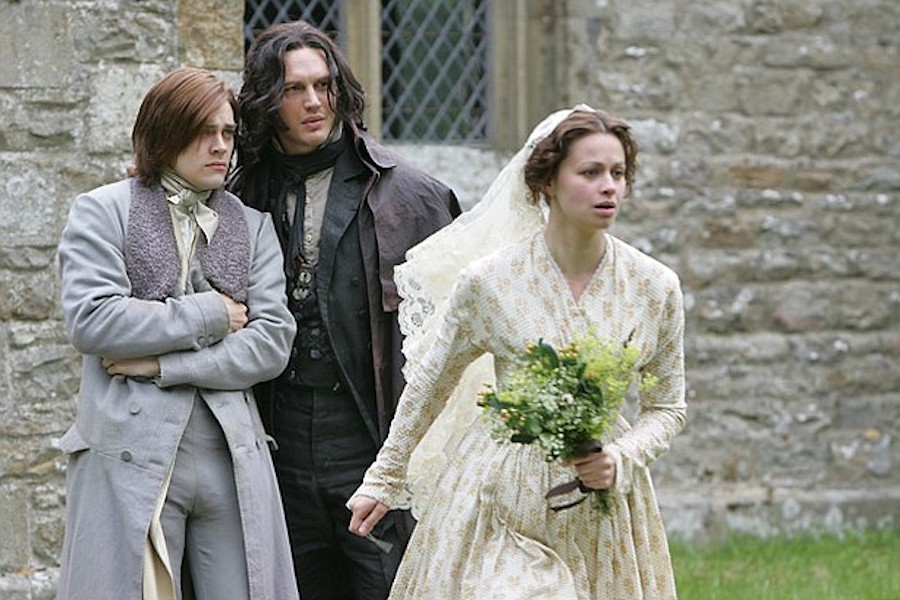 The subscription rate for the channel is $5.99 per month with an Amazon Prime or Prime Video subscription.

Streaming starting June 5 is Wuthering Heights. Tom Hardy (Inception, Mad Max: Fury Road) stars as Heathcliff and Charlotte Riley as the heroine Cathy in this adaptation of Emily Bronte’s classic love story. Set against the stark beauty of the English moor, the mysterious gypsy boy Heathcliff, adopted by the Earnshaw family, discovers his soul mate in his stepsister Cathy. But as a man unable to have the love of his life, he seeks vengeance against anyone who comes between them.

Also debuting on the channel June 5 is the documentary Henry and Anne: The Lovers Who Changed History. Historian Dr. Suzannah Lipscomb unfolds the extraordinary story of the tumultuous love affair between Henry VIII and Anne Boleyn, and asks: Was it really love that brought them together? And was it love that tore them apart? Using first-hand accounts from the time and visiting the places where Henry and Anne lived and stayed, the program delves into this passionate and volatile relationship — one which would send a queen to her death, amputate England from Europe, and lead to hundreds of years of religious conflict. Suzannah argues against many of the established theories and notions on Henry and Anne, revealing a very different story of their tragic marriage while attempting to answer many of the questions that are still fiercely debated.

The seven-episode “Walter Presents: Monster” also hits screens June 5. In the Norwegian crime thriller, a brutal murder reveals a mass grave which links old cases to missing people. Local policewoman Hedda is put on the case with special investigator Joel Dreyer, who comes from the metropolitan south. Their different backgrounds, personalities and methods immediately set them against each other. But when the investigation begins to spiral out of control, both detectives resort to questionable tactics in order to stay on the case and protect their secrets.

Due June 12 is season five of the drama “Walter Presents: Seaside Hotel.” It’s the summer of 1932 and like clockwork the regular guests of the hotel arrive to escape their everyday lives and relax for the summer. But when two new guests, the celebrity couple the Molins, check in, their presence interferes with the regular guests’ activities and their daily routines are disrupted. As always, the guests have their own drama and scandals that they need to resolve before the summer ends.

Hitting screens June 14 is season five of “Masterpiece Mystery!: Grantchester.” It’s 1957, and Will Davenport (Tom Brittney) has settled into his role as the vicar of Grantchester, preaching to a packed church. His best friend, Detective Inspector Georgie Keating (Robson Green), has come to accept his wife Cathy’s commitment to her job (just about). Mrs. C. happily juggles her roles as the vicarage housekeeper and being a well-to-do married woman, and after a trip to Marrakech, even Leonard has managed to carve out some happiness with Daniel. But Will’s faith will be thoroughly tested as he and Geordie are reminded once more that there’s darkness lurking in their little corner of Cambridgeshire. In addition to Brittney and Green, returning members of the acclaimed ensemble include Tessa Peake-Jones, Kacey Ainsworth and Al Weaver.

Available June 19 is the six-episode crime drama “Walter Presents: Trauma.” Adam Belmont is a brilliant and admired cop and has been investigating a series of deaths of young girls thought to be the work of a serial killer. As Adam gets closer to the identity of the killer, he is shot in the head but miraculously survives. With the bullet still lodged in his brain, Adam now suffers from amnesia. As he begins to recover, he discovers a young woman tied up and tortured in his basement. With no memory of his past, Adam is now faced with a terrifying thought: is he the killer?

Due June 22 is the six-episode documentary “Lucy Worsley’s Royal Myths and Secrets.” In each 60-minute episode, host and historian Worsley takes viewers across Britain and Europe to visit incredible locations where royal history was made. During Worsley’s tour through European history, viewers learn the true stories behind Elizabeth I and the Spanish Armada, Queen Anne and the information of Great Britain, Marie Antoinette and the French Revolution, and more.

Finally, hitting screens June 26 is the drama “Walter Presents: The Berlin Dance School.” Conservative mother Caterina Schollack runs the prestigious dance school Galant in 1956 Berlin during Germany’s economic boom after WWII’s strict and authoritative attitudes begin to loosen. Caterina’s main concern is marrying-off her three daughters, Monika, Eva and Helga, to wealthy or well-established gentlemen. The sisters do their best to live up to their mother’s expectations and prudish morality while struggling with adulthood and first experiences as women.