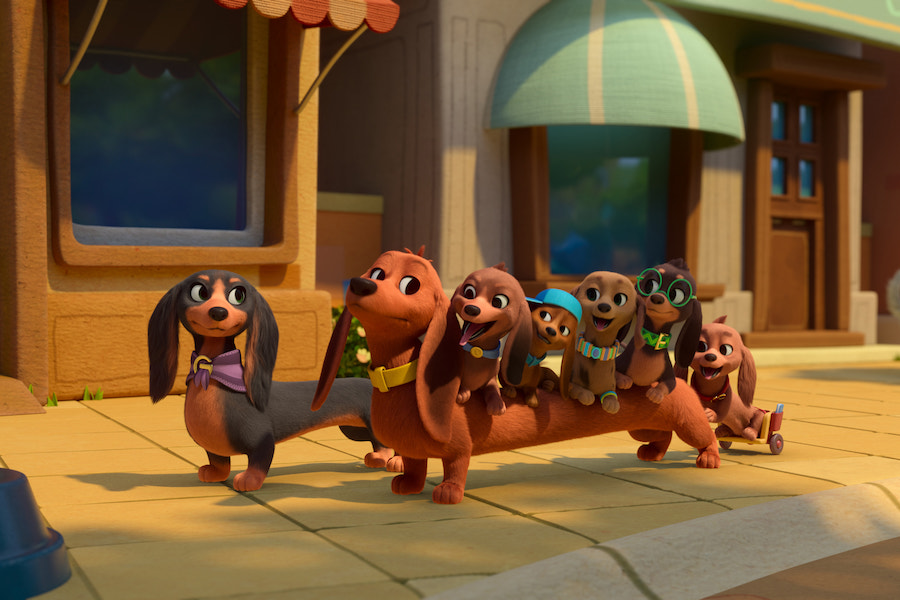 "Pretzel and the Puppies"

Apple TV+ has announced a new animated preschool series “Pretzel and the Puppies” will premiere Feb. 11.

Based on the book “Pretzel” by Margret and H.A. Rey, creators of “Curious George,” the original series is a new story about the modern dog family led by stay-at-home dad Pretzel, his five Dachshund puppies, and mom Greta, the mayor of Muttgomery.