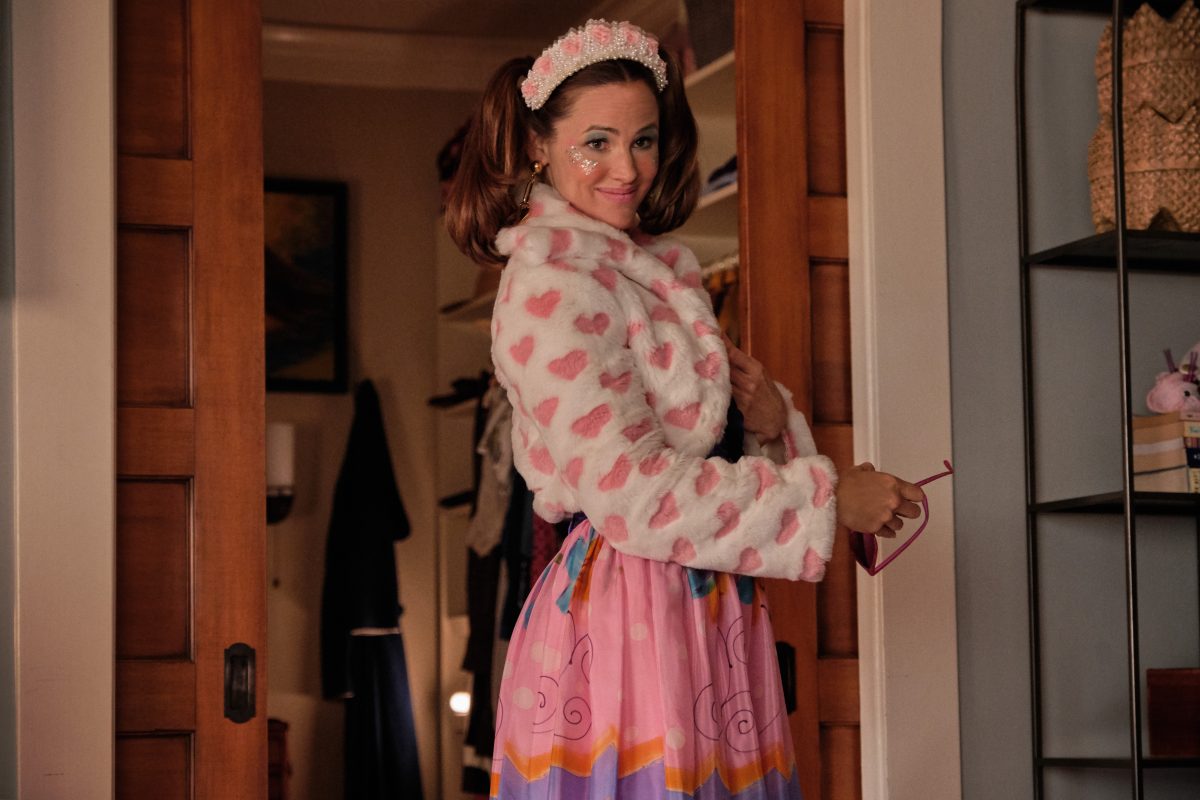 Jennifer Garner stars in new Netflix family comedy Yes Day, as a mother who grants her children their wishes for one day. The movie was inspired by Garner’s family life, which has included “yes days.” Garner got the idea after reading books on the subject matter.

To promote the movie, Netflix conducted a quick Q&A with Garner on the origins of the movie and how it relates to her family.

Garner: “I love Amy Krouse Rosenthal’s books and I really love everything she stood for as a person, just beckoning loveliness into the world. I read Yes Day! to my middle daughter and she loved it. She used to fantasize about having a Yes Day and I think she might’ve been 3 years old when she said she wanted a Yes Day for Christmas. So, I did it, and I’ve done it every year since, with the blaring, horrible exception being this last year. But a couple years ago, I posted some exhausted picture of myself in the aftermath of one of my Yes Days on Instagram — and the wife of Ben Everard, one of our producers, said this should be a movie. So they contacted me and it was just a no-brainer. Of course this should be a movie! We were off to the races immediately.”

Netflix: What are some of the Yes Days with your family like?

Garner: “We don’t do anything huge. Truth be told, it’s really more about a kid getting to just bend the everyday rules. It’s ice cream for breakfast, sleeping outside in the yard, and … I do something with them called Coach Mom where I make them run laps and do push-ups — for fun, not in a serious way — but they’ll do Coach Kids, and they’ll make me do all kinds of crazy things. My kids’ Yes Days are a surprise, which is different from the movie. We wake up, I’ve cleared my day, I’ve cleared their days, and I just say, ‘Hey, guess what, kids? It’s Yes Day!’ And by then I’ve already planted little things in their mind like, ‘Wouldn’t it be fun if we went to the cake decorating place and everyone did a cake?'”

Garner: “It feels great when you give in to just saying yes. It feels great. Everyone should give it a shot, especially with your kids. I think my knee-jerk reaction is so often ‘No.’ I think my baseline is ‘No.’ For me, it’s all so carefully woven together every day with three kids: all their asks, their friends, their activities, and all the things that they’re trying to do. And you just feel like we can’t, we can’t fit more in. But I think having a Yes Day is just a great way to celebrate families. And it isn’t about doing something huge all the time. For my family, it really is about my kids hearing me say from the beginning of the day all the way through, ‘Yes, what do you want to do? Top priority.’ I put my phone down, and I just focus on them.”

Netflix: What do you hope audiences take away from this film?

Garner: “There is no better time in the world than right now for kids to hear ‘yes’ after the year they’ve had. Camp is canceled, school is virtual, no one’s going to soccer practice. What’s more fun than the wish fulfillment of a day filled with ‘yes’? That’s something that I am just so excited we get to be for people and I hope we can inspire them to have their own Yes Days where they can come up with their own new family traditions.”