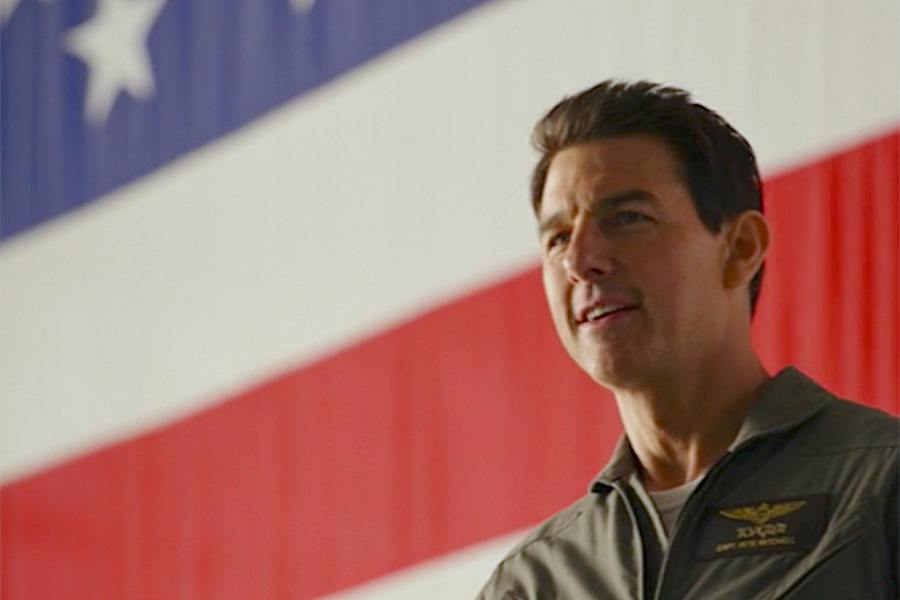 Among the new home video releases for Nov. 1, Top Gun: Maverick, Euphoria: Complete Seasons 1 + 2 and Honk for Jesus. Save Your Soul. arrive on disc, while See How They Run becomes available from digital retailers. 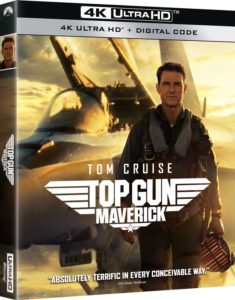 Warner Bros. Home Entertainment releases a DVD collection of the first two seasons of HBO’s drama series “Euphoria” Nov. 1. The five-disc set will include all 16 episodes from the two seasons, plus the two special episodes that were released in between them. The series follows a group of high-school students as they navigate a mine field of drugs, sex, identity, trauma, social media, love and friendship in today’s increasingly unstable world. The cast is led by Zendaya, who recently won her second Emmy for Outstanding Lead Actress on a Drama Series for her performance. The show also stars Hunter Schafer, Nika King, Eric Dane, Angus Cloud, Jacob Elordi, Algee Smith, Sydney Sweeney, Alexa Demie, Barbie Ferreira, Maude Apatow, Javon Walton, Dominic Fike, Storm Reid and Austin Abrams. The series is already available for streaming on HBO Max and for purchase through digital retailers. 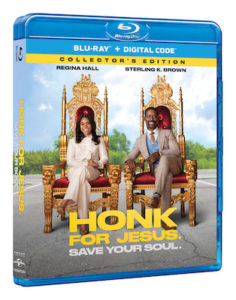 The satirical comedy Honk for Jesus. Save Your Soul. will be released on DVD and Blu-ray Disc Nov. 1 from Universal Pictures Home Entertainment. The film stars Regina Hall as Trinitie Childs — the proud first lady of a Southern Baptist megachurch, who together with her husband Pastor Lee-Curtis Childs (Sterling K. Brown), once served a congregation in the tens of thousands. After a scandal forces their church to temporarily close, Trinitie and Lee-Curtis must reopen their church and rebuild their congregation to make the biggest comeback that commodified religion has ever seen.

The action-horror tale Hex will be available on DVD, VOD and for digital purchase Nov. 1 from Lionsgate. In the film, six extreme thrill-seekers get more excitement than they bargain for as loner Sarah joins a team of skydivers to help them execute a dangerous formation jump called “The Hex,” ignoring warnings that the act may be cursed. While successfully performing the stunt, one of the jumpers vanishes into thin air. Later, as the survivors search for him, surreal and deadly events afflict each of them in turn.

Shout! Factory and GKIDS Nov. 1 release Summer Ghost on Blu-ray and through digital retailers. The award-winning anime film is the directorial debut from celebrated illustrator Loundraw and is inspired by one of his own drawings, Summer Ghost is a supernatural drama about the pains of growing up, and the importance of living life to the fullest.

The Searchlight Pictures murder mystery See How They Run will be released on all major digital platforms Nov. 1 from Disney Media & Entertainment Distribution. From BAFTA-winning director Tom George and screenwriter Mark Chappell, the film features an ensemble cast, led by Sam Rockwell and Saoirse Ronan. In the film, in the West End of London in the 1950s, plans for a movie version of a smash-hit play have come to an abrupt halt after a pivotal member of the crew is murdered. When world-weary Inspector Stoppard (Rockwell) and his eager rookie sidekick Constable Stalker (Ronan) take on the case, the two find themselves thrown into a puzzling whodunit within the glamorously sordid theater underground. The more they investigate the mysterious homicide, the more they realize that they do so at their own peril.

The actioner The Ambush will be released on demand and via digital retailers Nov. 1 from Saban Films. In the film from director Pierre Morel, when their armored vehicle is attacked by heavy enemy gunfire and becomes trapped in a remote canyon, three UAE soldiers desperately await salvation. As troops arrive to offer aid, they, too, are ambushed. Their final hope is a daring rescue mission plotted by their courageous commander.

The family comedy 8-Bit Christmas will be released for digital purchase Nov. 1 from Warner Bros. Home Entertainment. A humorous look back at the adventures of childhood, the film stars Neil Patrick Harris (A Series of Unfortunate Events, The Matrix Resurrections, “The Smurfs” films). Set in suburban Chicago in the late 1980s, the story centers on 10-year-old Jake Doyle’s herculean quest to get the latest and greatest video game system for Christmas. The film is already available via streaming on HBO Max and on DVD 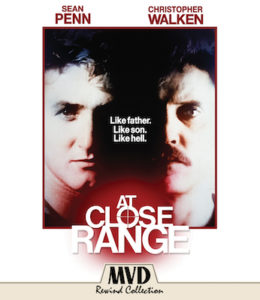 The 1986 thriller At Close Range, starring Sean Penn and Christopher Walken, will be released on Blu-ray Disc Nov. 1 as part of the MVD Rewind Collection from MVD Entertainment Group. In the film, a teenage farm boy looking for excitement finds himself on a collision course with his smooth-talking gang leader father in this tale based on the story of real-life killer Bruce Johnston. Juvenile delinquent Brad Whitewood Jr. (Penn) knows about petty theft, but he wants big money — enough to blow the lid off his boring life, enough to get out of town and to find his old man (Walken). He wants to be like his dad, a big-time thief, who knows “the business.” Seductive and sinister, Brad’s father is full of toxic wisdom that makes his illicit life appear eerily sexy. But when Brad witnesses his father deliberately killing someone, he realizes he may not only be in over his head, he may also lose it for good. The film — which features the single “Live to Tell” by Madonna — also stars Mary Stuart Masterson, Crispin Glover, Tracey Walter, Kiefer Sutherland, David Strathairn, Stephen Geoffreys and Candy Clark. 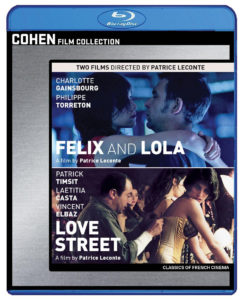 Kino Lorber Nov. 1 releases a double feature of romantic classics by French director Patrice Leconte, Felix and Lola and Love Street, on Blu-ray Disc under the Cohen Film Collection banner.  The two films will also be available digitally Nov. 1 on the Kino Now website. Both come in French with English subtitles. In Felix and Lola (2001), bumper car operator Felix (Philippe Torreton) falls in love with Lola (Charlotte Gainsbourg) one night as she rides the cars round and round, alone. He’s touched by the sadness in her eyes. When she vanishes, he discovers that she’s tied to a mysterious past — a past that he will have to confront. Love Street (2002) is set in 1945 Paris, where the Oriental Palace brothel is about to be closed down. Marion (Laetitia Casta) is one of the Palace’s prostitutes, but she dreams of a singing career. Petit Louis (Patrick Timsit) was raised in brothels and is the Palace’s handyman. He is madly in love with Marion, but knows she will never be his, so he tries to make her dreams of another life come true. 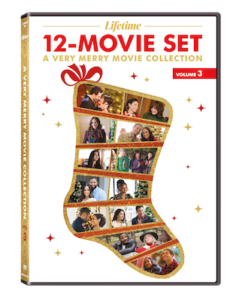 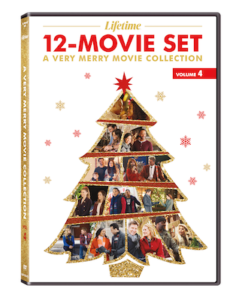 Lifetime’s A Very Merry Movie Collection Vol. 4 features 12 films, including Match Made in Mistletoe, Kirk Franklin’s A Gospel Christmas and Reba McEntire’s Christmas in Tune. Titles in vol. 4 include: 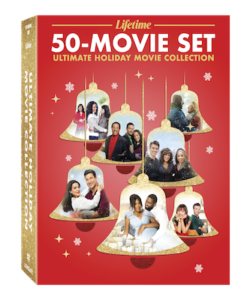