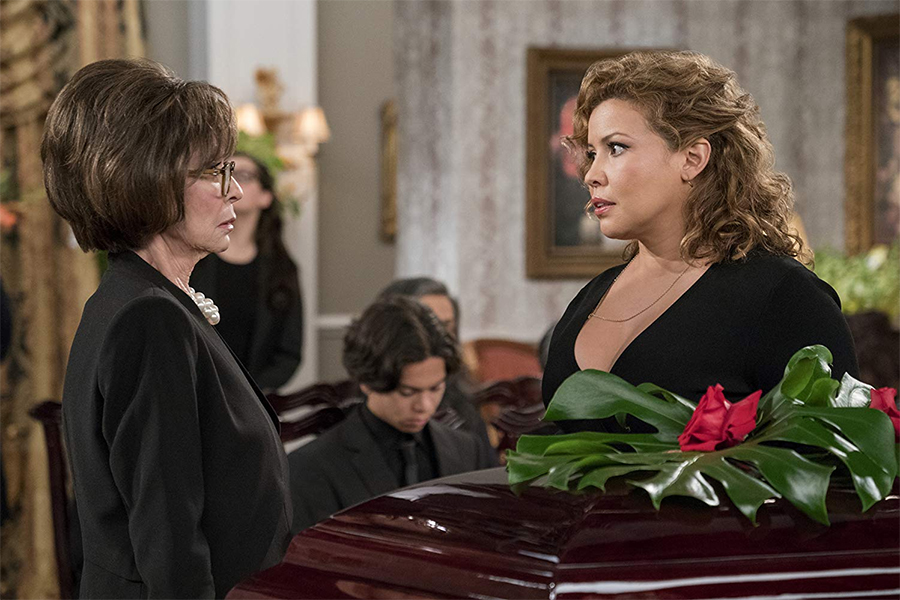 The premiere of the third season of Netflix’s “One Day at a Time” helped push the comedy series up to No. 4 on Parrot Analytics’ digital originals chart for the week ended Feb. 16.  Average daily Demand Expressions for the show rose to 26.3 million, up 124% from the previous week when the show was ranked No. 25. New episodes were released Feb. 8.

Meanwhile, a couple of shows whose third seasons are still months away grabbed the top two spots.

Social media buzz for the Hulu’s “The Handmaid’s Tale” kept the dystopian drama at No. 1. Though the third season doesn’t debut until June 5, pictures of the production filming in Washington, D.C., the past week have been stirring up online chatter, as the handmaid costume has become a favorite among political protesters. Expressions rose to 30.1 million, up from 29.2 million the previous week after the trailer for the third season had pushed the show into back into the top spot.

Netflix’s “Stranger Things” moved up a spot to No. 2, its expressions up 6.5% to 28.4 million. The third season won’t arrive on the streaming service until July 4.

DC Universe’s “Titans” dropped a spot to No. 3, with 26.6 million expressions.

Marvel’s “Daredevil,” from Netflix, rounded out the top five with 25 million expressions, up 1% from the previous week. Its companion series, “The Punisher,” which Netflix canceled Feb. 18 (after the reporting period), was No. 7 with 21.4 million expressions, down 16% and two chart spots from a week earlier.

Sandwiched between them at No. 6 was CBS All Access’ “Star Trek: Discovery,” and its 23.9 million expressions, down 7% from a week earlier. The sci-fi series is in the midst of its second seasons, with new episodes debuting every Thursday. 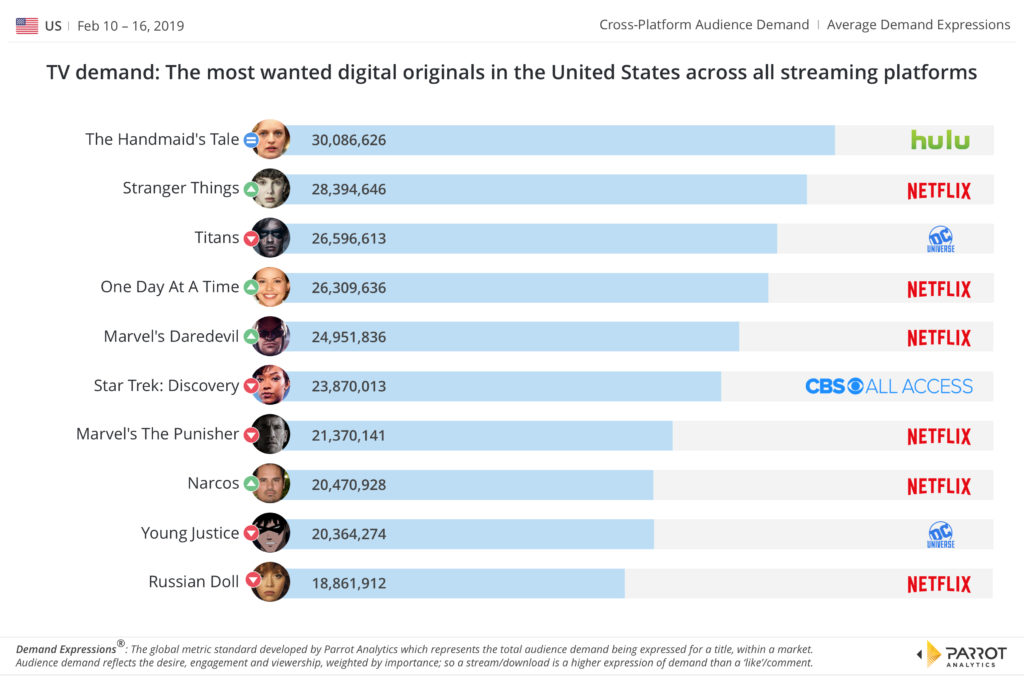