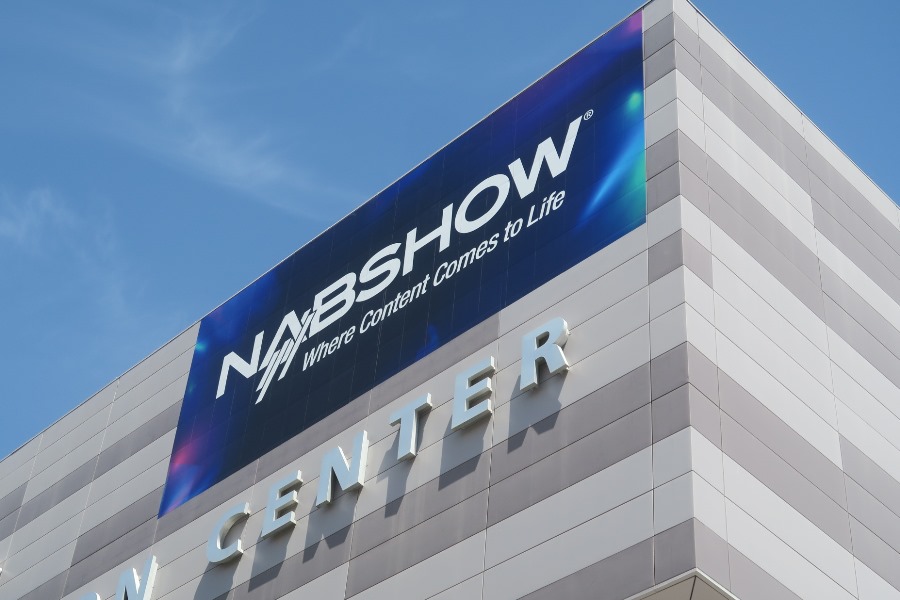 LAS VEGAS — Attendees at the National Association of Broadcasters (NAB) show this week can’t help but notice the differences between the big broadcast show, back after a two-year absence, and CES 2022 just three months earlier.

Masks were conspicuously absent, social distancing went out the window, and people were shaking hands with the enthusiasm and vigor of campaigning politicians.

We may not be in the clear from COVID-19 just yet, but you wouldn’t know it from the looks of the NAB show, which concludes its four-day run April 27.

Attendance estimates have already been revised upwards 10% to 55,000, and the evening party circuit is in full swing.

As new National Association of Broadcasters (NAB) President and CEO Curtis LeGeyt said April 25 in his first State of the Industry address: “Welcome to the 2022 NAB Show! Six words that I’ve waited three years to say!”

Officially, the show’s focus is on broadcast, entertainment and technology — but in truth it’s door No. 3. Just like CES, most of the excitement is being generated by new and emerging technologies, from production to monetization to distribution, mostly streaming.

LeGeyt even said as much, promising attendees, “This week will offer a reimagined and unforgettable experience as we explore the technologies that will power this industry for years to come.”

The new head of the NAB noted that “the next generation of technologies includes not only the revolutionary new broadcast standard — ATSC 3.0 — but also other content delivery methods — whether it’s 5G, streaming, or mobile video.”

On the policy side, LeGeyt vowed support for the trade group’s legacy broadcast membership. He called for Congress to take action “to rein in the gatekeeping ability of the Big Tech giants who are stifling the economics of local news.” He urged lawmaker and regulators to “modernize media ownership laws to reflect the realities of the marketplace,” and called on the FCC “to reorient how it thinks about broadcast policy more broadly.” He also encouraged congressional support for the Local Radio Freedom Act, which opposes a new performance fee on local radio stations.

At the two-day Streaming Summit, which concludes April 26, conference chair Dan Rayburn shared industry outlooks and trends — and reiterated what he said in an interview on the NAB Amplify website earlier this year: that while the proliferation of streamers has left consumers feeling “overwhelmed” due to the escalating cost of subscription stacking, AVOD is providing them with a free or cheaper alternative, even if there’s a lack of premium content and newer movies and shows.

Earlier, on Sunday, PBS Chief Digital and Marketing Officer Ira Rubenstein and Wavetable founder Howard Gray discussed public television’s streaming strategy. Rubenstein said streaming is important, but “complicated” for PBS. During his eight years at PBS, he said, “I’ve been very focused on broadening the distribution of our local stations to digital, and you have to do that at scale. It’s just not practical for every one of our 300 stations to figure out on their own live streaming to Roku and other devices.”

As a result, he said, PBS has been working in partnership with companies such as YouTube and DirecTV Stream on “bringing our content to those live platforms.”

On the eve of the show,  Whip Media, an enterprise software platform and data provider, announced partnerships with Plint, Digit, Limecraft, and NexSpec for the Whip Media Exchange, the company’s global licensing and research platform for film and TV content. The four are the latest companies to join Whip Media’s global distribution services program, which includes existing partners Bitmax, Giant Interactive and OD Media. Through the program, Whip Media offers content buyers and sellers access to a network of partners to support content distribution and accelerate deal-making.

Plint, a provider of dubbing, subtitling and cloud-based localization workflow management tools to the TV and movie industry, will provide smart localization services to Exchange clients as they license their content globally.

And Limecraft, an online collaborative workspace for video production, will allow Exchange clients to take advantage of the latest in AI and machine learning to automate the grunt work and to speed up production and distribution processes, including subtitling and localization.