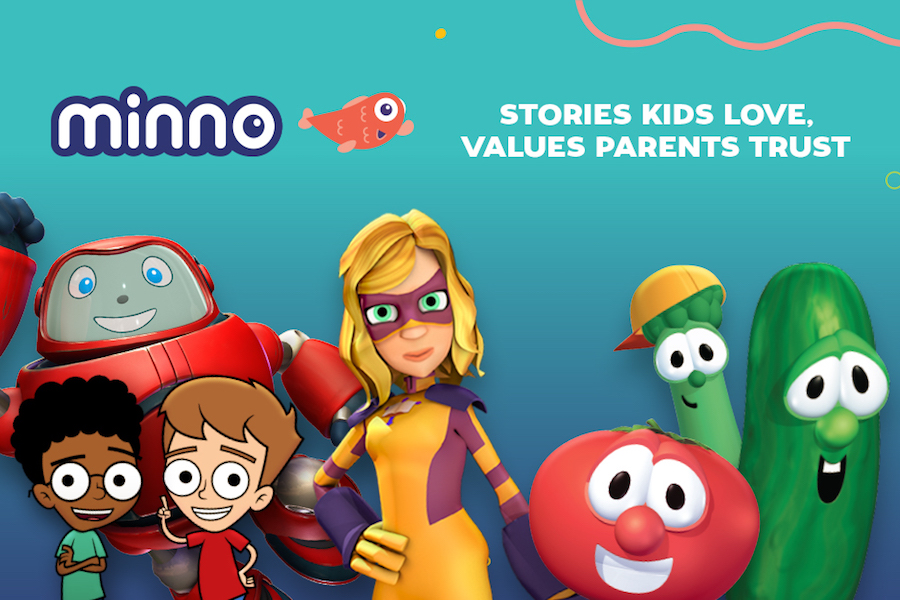 The ad-free, SVOD service (gominno.com) is priced at $6.99 a month ($69.99 a year) after a free trial. It features curated Christian kids entertainment, including the world’s largest collection of “Classic VeggieTales,” according to the service. The content can be streamed or downloaded and watched on the go.

The company also has a publishing arm in partnership with Hachette Nashville with offerings such as the The Laugh and Learn Bible for Kids, and Minno Life, a parenting blog  for Christian parents.

“Parents who care about their children’s faith are in a tough situation,” said Erick Goss, CEO and co-founder of Minno and former senior manager at Amazon, in a statement. “While we attend church and have friends and neighbors who share our faith, the leading technology and media companies are fueling a content culture that is devoid of God and the importance of faith. Christian parents have more content choices than they’ve ever had, but fewer options that reflect their values. When you see media companies churning out more shows than ever but none of them reflect your family’s values you want to instill in your family, you are left with an impossible choice — not participating in culture or compromising what you care most about. Minno resolves that problem, serving as a one-stop, trusted source and a partner in raising kids in today’s pluralistic, social, mobile and media-drenched world. Kids will see Minno as something fun to experience, while parents can feel good about the fact that our content is encouraging kids to deepen their faith and walk with God every day, at home or on-the-go.”

In the coming months, Minno will also offer parents guides, family devotionals and podcasts, according to the company.