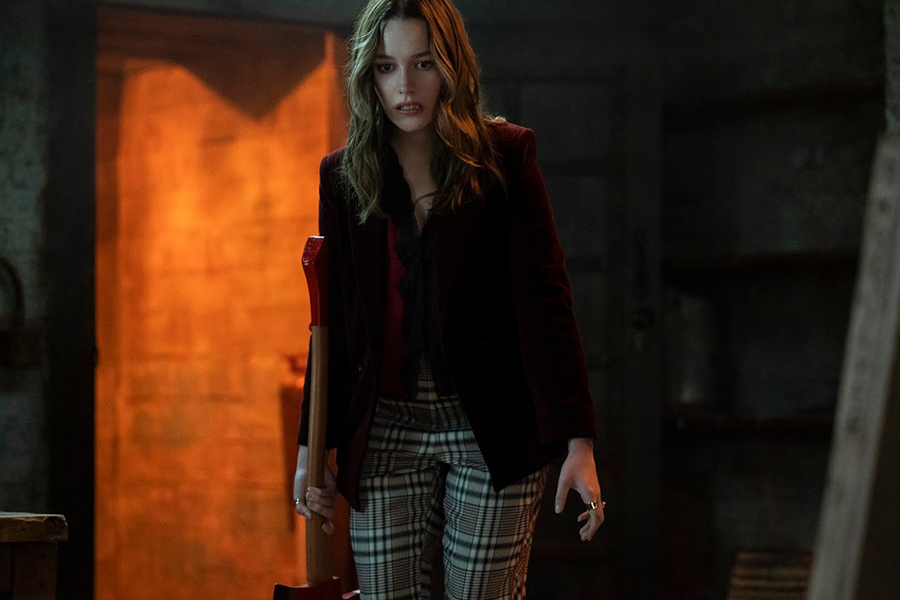 Netflix’s “You” jumped to No. 1 on Parrot Analytics’ digital originals U.S. chart the week ended Oct. 22. The show’s third season was released Oct. 15. The show climbed six spots from the previous week. It had 56 times the demand of an average series after a 103.2% rise in demand expressions, the proprietary metric Parrot uses to gauge a show’s popularity. “You” was No. 3 on Parrot’s List of all TV shows.

HBO Max’s “Titans” remained No. 2 on the digital originals chart as its third season concluded Oct. 21. The superhero series had a 13.3% rise in demand expressions to give it 47.5 times the demand of an average show. “Titans” was No. 5 on Parrot’s list of all TV shows.

Netflix’s South Korean import “Squid Game” stayed No. 3 on the digital originals chart. The survival drama had 40.5 times the average series demand but dropped 2.7% in demand expressions. “Squid Game” was No. 9 on Parrot’s list of all TV shows.

Netflix’s perennially popular “Stranger Things” remained No. 4 on the originals chart. The series had a 2.9% rise in demand expressions to give it 40.4 times the demand of an average show. “Stranger Things” was No. 10 on Parrot’s list of all TV shows.

The Emmy-winning Apple TV+ comedy “Ted Lasso,” which had been the top digital original the previous week, dropped to No. 5 now that its second season is over. The series had 37.5 times the demand of an average show and an 11.5% drop in demand expressions.

The No. 1 overall TV series in terms of online demand was “SpongeBob SquarePants,” with 74.3 times average demand. 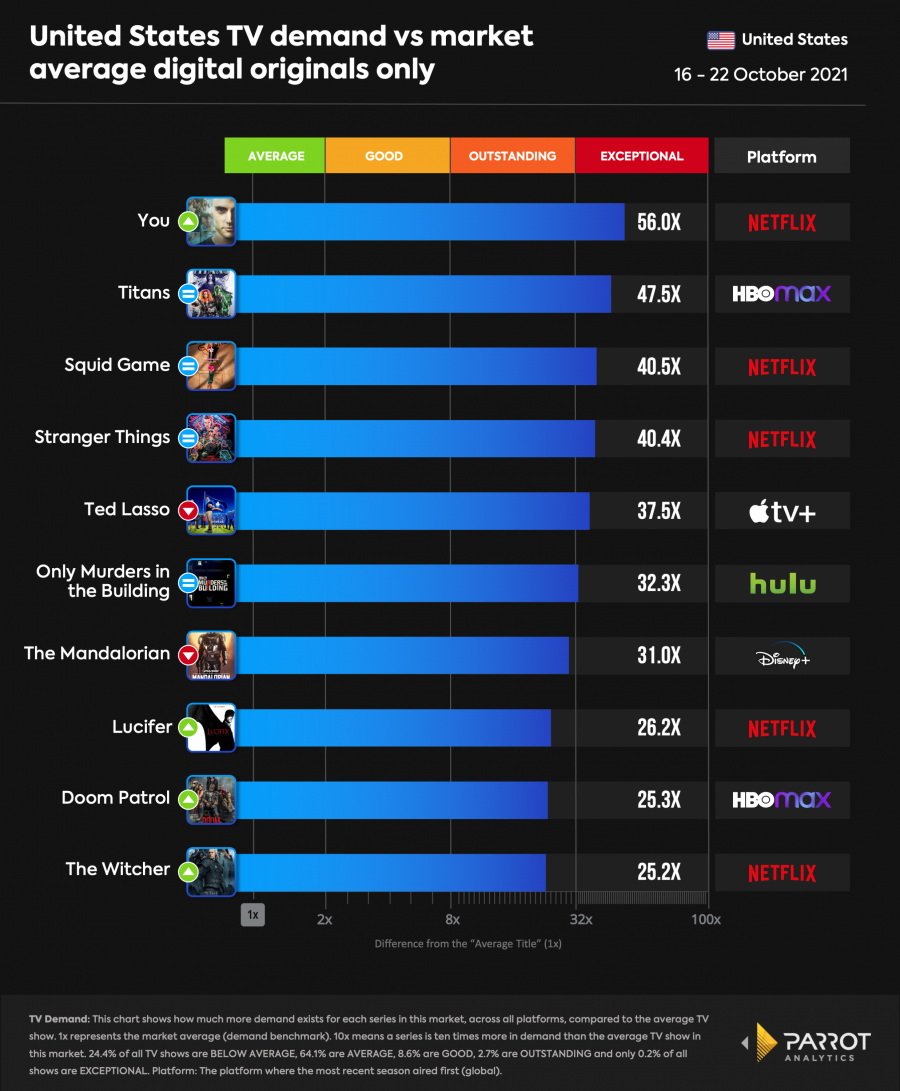