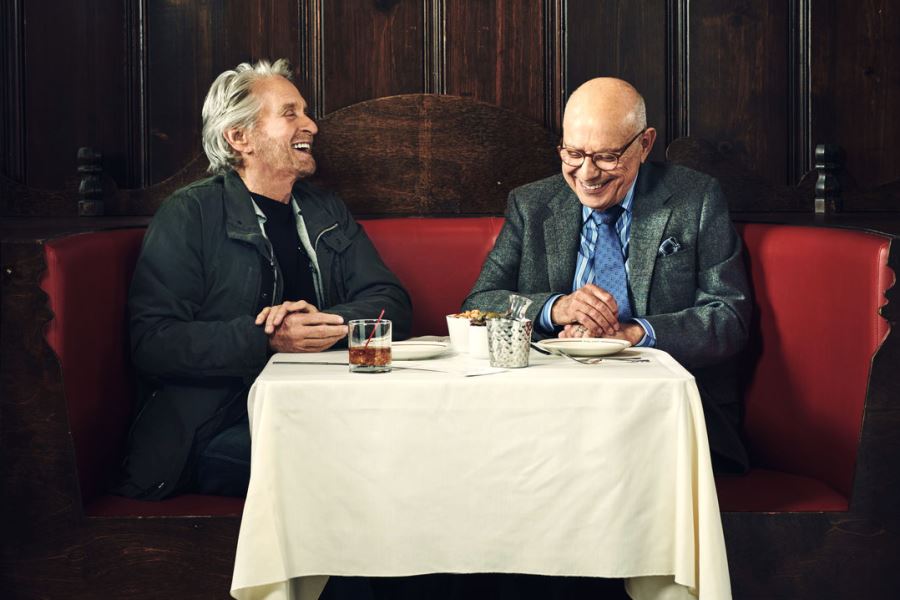 Parrot Analytics has weighed in on the age-old question about the impact of awards, or even award nominations, on movies and TV shows.

By comparing baseline demand with the demand peak for each show that immediately followed the ceremony, the show that gained the biggest increase in Demand Expressions was Netflix’s “The Kominsky Method,” which after the results were announced, gained 216% in demand compared to its baseline demand.

“The Kominsky Method” won two Golden Globes, for best comedy series and for Michael Douglas as best actor in a comedy series. Netflix last month announced the series, which co-stars Alan Arkin, has been picked up for a second season.

The second-biggest increase from the award win was for FX’s “American Crime Story: The Assassination of Gianni Versace,” which gained 151% additional DEx.

Parrot Analytics’ correlation analysis (see chart, below) reveals that the higher the baseline demand a title had before winning, the less of a boost in demand it gets from winning. “This result makes intuitive sense, as a lesser known title has more room to grow its fan base on the back of the publicity from a big win than an already huge title can,” Parrot says. 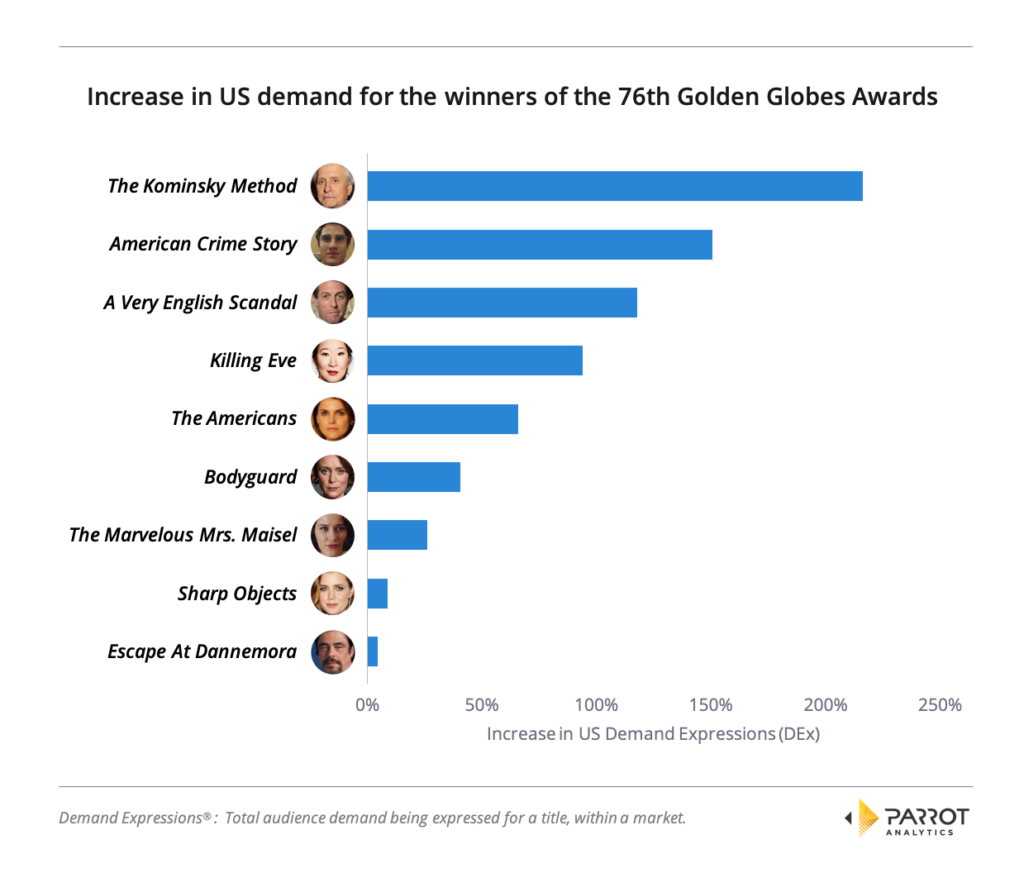