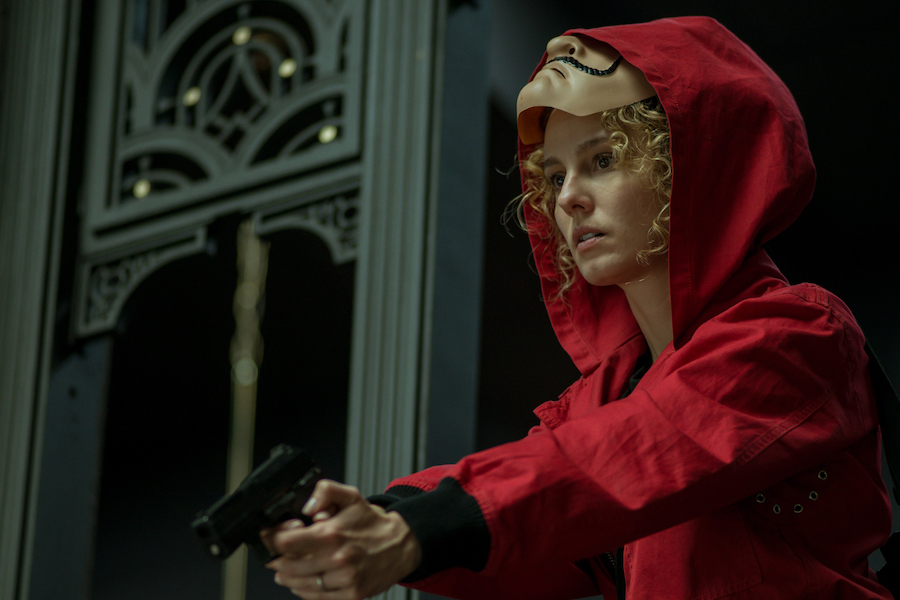 The Spanish-language Netflix series “Money Heist” topped both TV Time’s “Binge Report” and “Shows on the Rise” charts for the week ended July 21.

In season three of “Money Heist,” which dropped July 19, the Professor and his team reunite to free Rio, targeting the Bank of Spain with a new plan. Meanwhile, the Resistance continues.

Netflix’s “Stranger Things,” season three of which debuted July 4, dropped one spot to No. 2 on the binge chart. The series follows four friends in the 1980s who find a girl with telekinetic powers, an alternate dimension and monsters coming out of it.

The Netflix series “Queer Eye,” an update of reality TV makeover series “Queer Eye for the Straight Guy,” took the No. 2 spot on the “Shows on the Rise” chart. The fourth season dropped July 19.