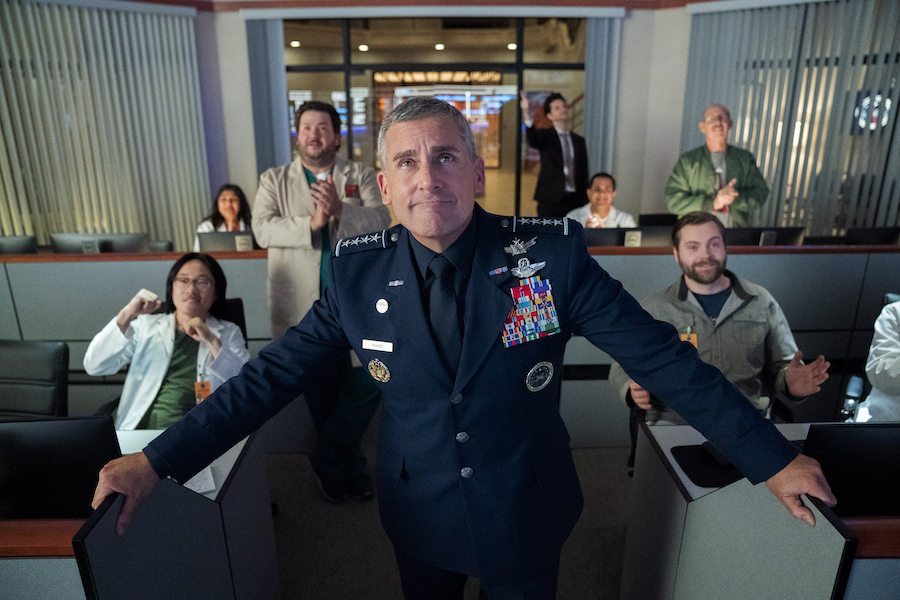 Netflix’s “Space Force” was the top rising show and the CW’s “Dynasty” was again the top binge on the TV Time charts for the week ended May 31.

“Space Force,” created by Greg Daniels and Steve Carell (who also stars), is a workplace comedy centering on people tasked with establishing the sixth branch of the U.S. military — The United States Space Force. The series hit screens May 29.

Taking the silver on the rising show chart was another Netflix series, “Ragnarok,” which debuted way back on Jan. 31. It’s a coming-of-age drama building on Norse mythology that revolves around the inhabitants of the fictitious town of Edda, who are perhaps not all who they claim to be.

TNT’s “Snowpiercer,” which premiered May 17, dropped from No. 2 to No. 3 on the rising show chart. The futuristic drama follows up on the graphic novel and the 2013 film from Bong Joon-ho (Best Picture Oscar winner Parasite). Seven years after the world becomes a frozen wasteland, the series follows the passengers of the Snowpiercer train while exploring class warfare and the politics of survival.

Top binge “Dynasty” is a reboot of the 1980s soap opera. It again led perennial binges “Friends” and “The Office,” repeating at Nos. 2 and 3, respectively, on the binge chart.

Top Binge Shows Week Ended May 31 by Share of Binges:

Top “Shows on the Rise” Week Ended May 31 by Rise Ratio: