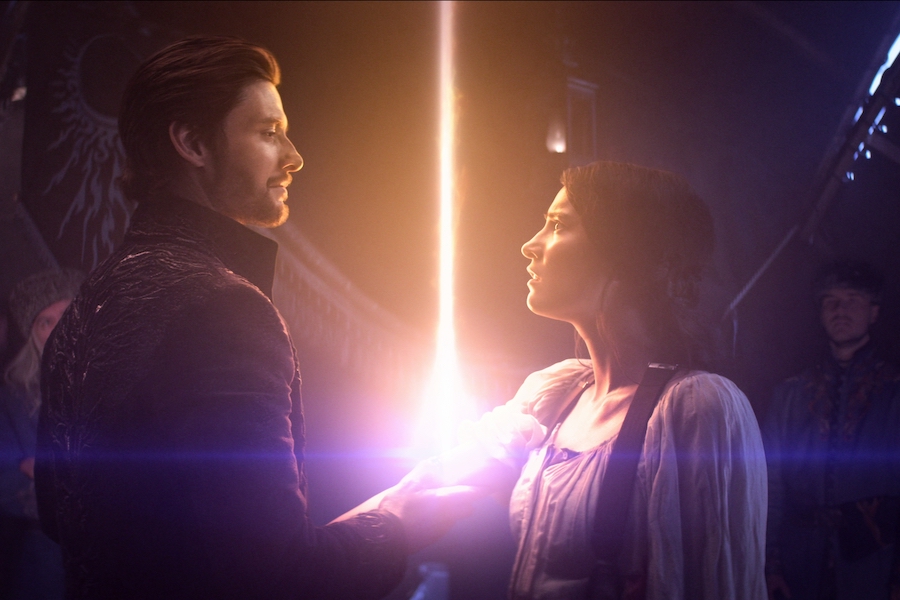 "Shadow and Bone" (Courtesy of Netflix)

The series, which debuted April 23 and led both the Shows on the Rise and the Binge Report charts, is based on Leigh Bardugo’s best-selling Grishaverse novels. Set in a war-torn world, the fantasy adventure follows a lowly soldier and orphan who has just unleashed an extraordinary power that could be the key to setting her country free. With the monstrous threat of the Shadow Fold looming, she is torn from everything she knows to train as part of an elite army of magical soldiers known as Grisha.

Taking the second spot on the rising show chart was Netflix’s “Zero,” an Italian series about a shy teen with the power to turn invisible who must get his power under control to help defend his neighborhood, putting aside the pursuit of his artistic dream.

The bronze on the rising show chart went to HBO’s “Mare of Easttown,” which premiered April 18. The series follows an office police investigator (Kate Winslet) in a small Pennsylvania town who investigates a brutal murder as she tries to keep her life from falling apart.

Taking the silver on the binge chart was perennial binge favorite “Grey’s Anatomy” following at No. 3 by the anime series “One Piece.”