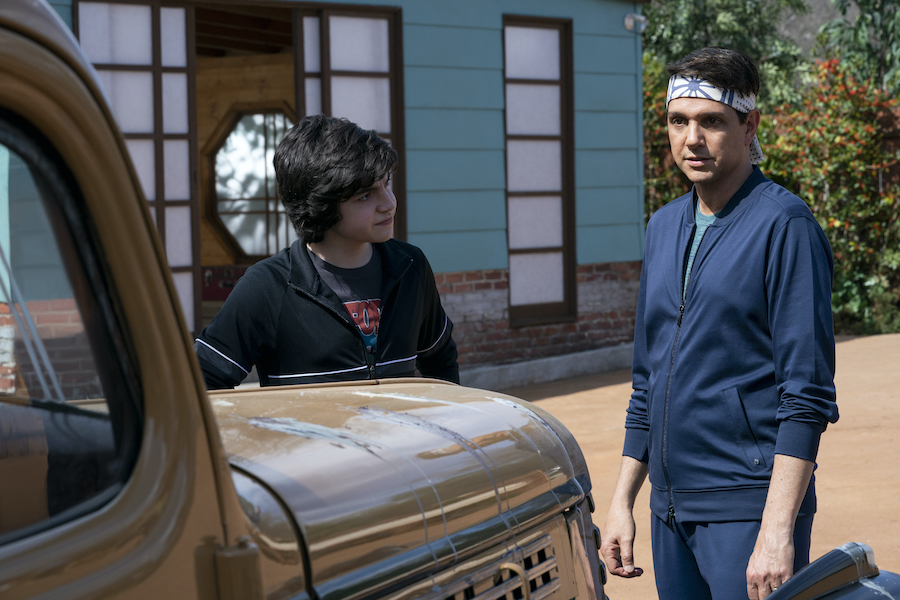 Don’t Look Up, which began streaming Dec. 24, stars Leonardo DiCaprio, Jennifer Lawrence and Meryl Streep and follows astronomers on a media tour to warn the planet about an approaching comet.

“Cobra Kai,” season four of which premiered New Year’s Eve, is the continuing story of the conflict between Daniel LaRusso (Ralph Macchio) and Johnny Lawrence (William Zabka) decades after the events of the 1984 All Valley Karate Tournament.

Remaining at No. 3 on the streaming movies chart was Disney+’s latest animated feature Encanto, available simultaneously in theaters. The film, about an extraordinary family who live hidden in the mountains of Colombia, started streaming on Christmas Eve.

Falling from the top spot to No. 2 on the streaming originals chart was the fantasy drama “The Witcher,” season two of which debuted on Netflix Dec. 17. Based on the book series, it stars Henry Cavill as the witcher Geralt, a mutated monster hunter.

Remaining at No. 3 on the streaming originals chart was “Emily in Paris,” season two of which debuted on Netflix Dec. 22. It stars Lily Collins as an American in Paris.