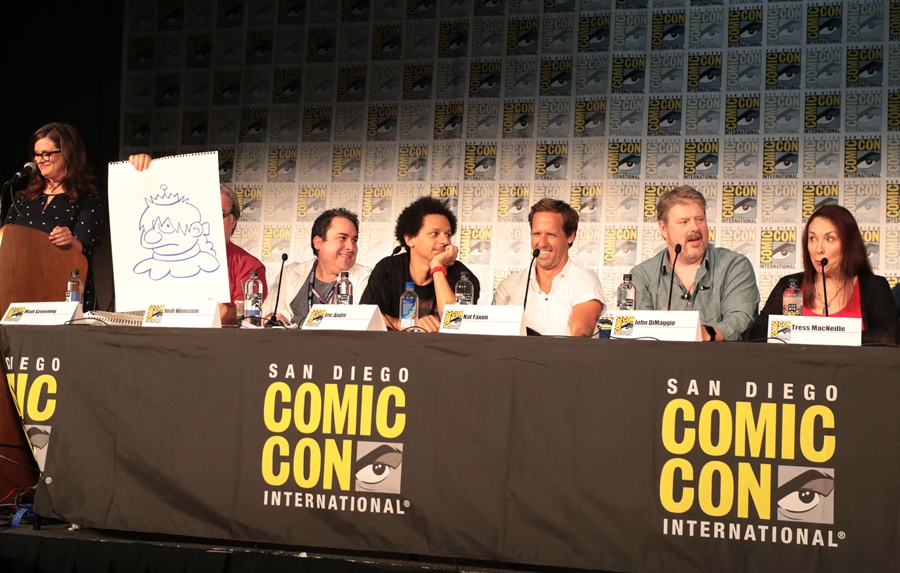 Netflix put most of its Comic-Con fire into promoting “Disenchantment,” from “The Simpsons” and “Futurama” creator Matt Groening.

The streaming giant had a big booth on the show floor where Comic-Con attendees could “visit” the show’s “world,” and on July 21 Netflix debuted the first official trailer from the series – Groening’s first new project in nearly 20 years, and his first collaboration with Netflix.

“Disenchantment” premieres on Netflix on Aug. 17.

The series is set in the crumbling medieval kingdom of Dreamland and according to Netflix follows “the misadventures of hard-drinking young princess Bean, her feisty elf companion Elfo, and her personal demon Luci. Along the way, the oddball trio will encounter ogres, sprites, harpies, imps, trolls, walruses, and lots of human fools.”

Netflix ordered 10 episodes of “Disenchantment” for Season 1, with a trailer shown to Comic-Con attendees during the show’s panel.

“Disenchantment” is produced by The ULULU Company for Netflix, with Groening and Josh Weinstein serving as executive producers.

“Matt Groening’s brilliant work has resonated with generations around the world and we couldn’t be happier to work with him on ‘Disenchantment’,” Cindy Holland, VP of original content for Netflix, said a year ago in a news release announcing the show. “The series will bear his trademark animation style and biting wit, and we think it’s a perfect fit for our many Netflix animation fans.”