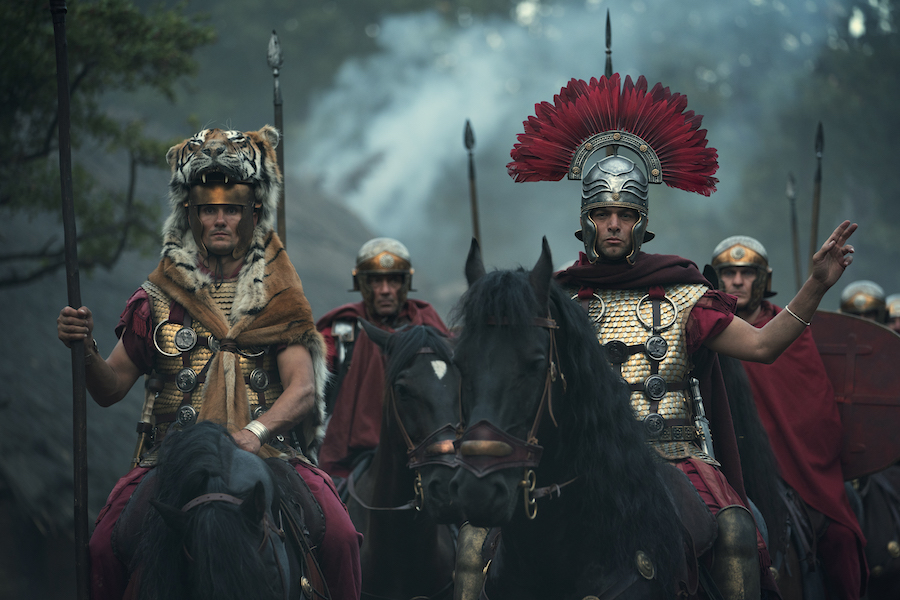 Netflix’s “Barbarians” was the top rising show and the service’s “Emily in Paris” the top binge on the TV Time charts for the week ended Oct. 25.

“Barbarians” debuted on Netflix Oct. 23. The German TV series is about the build to the Battle of the Teutoburg Forest in ancient Germania during the Roman invasion.

“Emily in Paris,” created, written and executive produced by Darren Star (“Sex and the City”), debuted Oct. 2 on Netflix. It follows Emily (Lily Collins), an ambitious 20-something marketing executive from Chicago, who unexpectedly lands her dream job in Paris when her company acquires a French luxury marketing company.

Taking the silver on the binge chart was “The Haunting of Bly Manor,” which hit Netflix Oct. 9. From “The Haunting of Hill House” creator Mike Flanagan, it’s the next chapter of “The Haunting” anthology series. After an au pair’s tragic death, Henry Wingrave hires a young American nanny to care for his orphaned niece and nephew who reside at Bly Manor with the estate’s chef, groundskeeper and housekeeper. But all is not as it seems at the manor, and centuries of dark secrets are waiting to be unearthed.

Coming in at No. 2 on the rising show chart was Netflix’s “The Queen’s Gambit,” which debuted Oct.  23. It’s a coming-of-age story following a young Beth Harmon (Anya Taylor-Joy), abandoned and entrusted to a Kentucky orphanage in the late 1950s who discovers an astonishing talent for chess while developing an addiction to tranquilizers provided by the state as a sedative for the children.