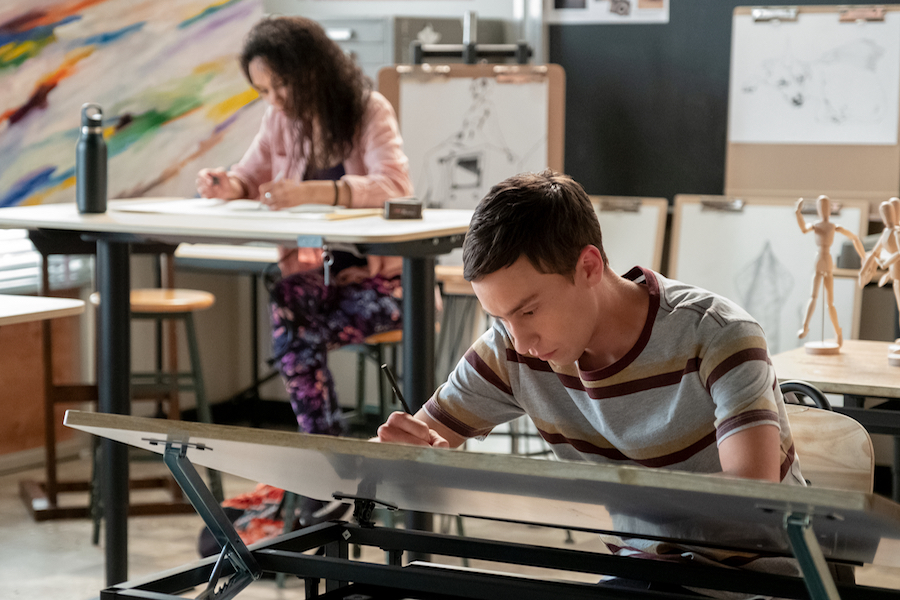 Netflix’s “Atypical” was the top binge, while Canal+’s contemporary adaptation of “War of the Worlds” led the “Shows on the Rise” on the TV Time charts for the week ended Nov. 3.

The third season of top binge “Atypical” hit screens Nov. 1. The coming-of-age story follows Sam (Keir Gilchrist), a 19-year-old on the autism spectrum as he searches for love and independence. The series also took the bronze on the “Shows on the Rise” chart.

Behind perennial binge favorite “Friends” on the binge chart at No. 3 was Amazon’s “Tom Clancy’s Jack Ryan.” Season two of the series, based on novelist Clancy’s character and starring John Krasinski, hit screens Oct. 31. The series also came in at No. 4 on the “Shows on the Rise Chart.”

“War of the Worlds,” an eight-episode, English-language adaptation of the H.G. Wells story set in contemporary Europe, was the top rising show. It stars Elizabeth McGovern and Gabriel Byrne.

The No. 2 rising show was Netflix’s anime series “Kengan Ashura,” season two of which premiered Oct. 31.