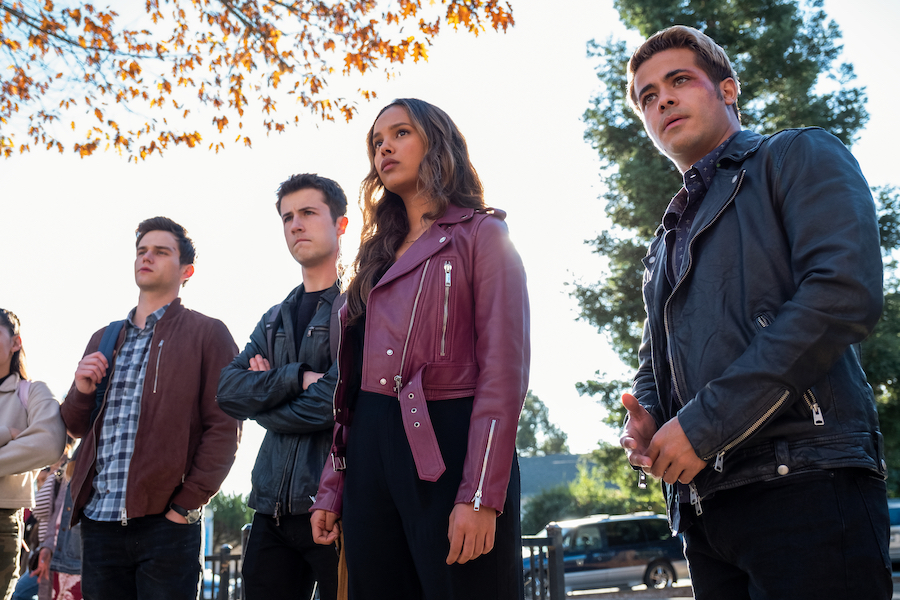 "13 Reasons Why" (Photo by David Moir/Netflix)

Netflix’s anime series “Baki” was the top rising show and the service’s “13 Reasons Why” was the top binge on the TV Time charts for the week ended June 7.

The fourth and final season of “13 Reasons Why” hit Netflix June 5. As the series ends, the senior class at Liberty High School is preparing for graduation, but before they can say goodbye, they’ll have to keep a dangerous secret buried. The series also took the bronze on the rising show chart.

Dropping to No. 2 on the binge chart after a two-week reign at No. 1 was “Dynasty,” a reboot of the 1980s soap opera, with ABC sitcom “Modern Family” landing at No. 3.

Top rising show, the anime “Baki,” follows Baki Hanma, who trains to become strong enough to surpass his father, the strongest fighter in the world. Season three hit Netflix June 4. “Fuller House,” the fifth and final season of which debuted on Netflix June 2, took the No. 2 spot on the rising show chart. The series ended its run without Lori Loughlin (Aunt Becky), who became embroiled in the college admissions scandal.