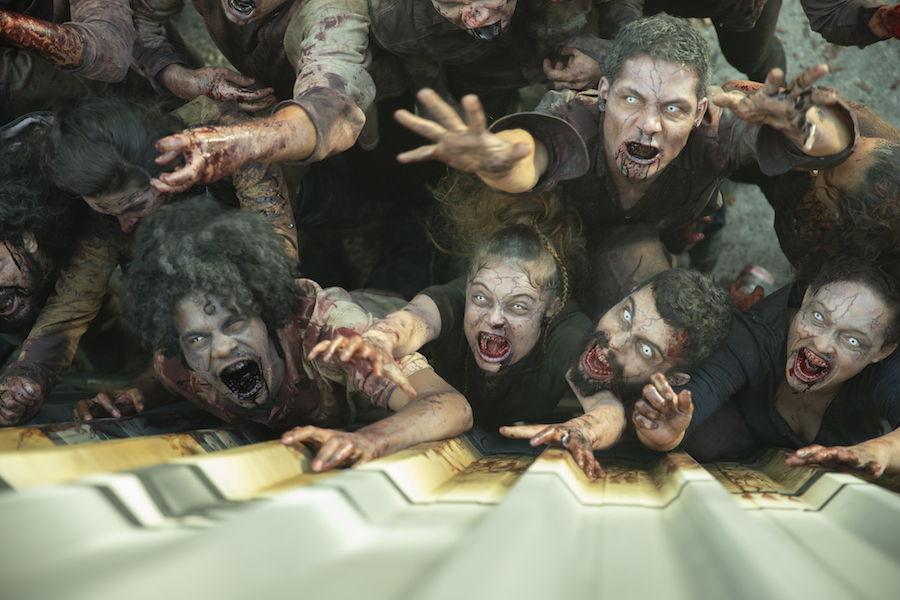 Netflix’s “Reality Z” was the top rising show and the service’s “13 Reasons Why” was again the top binge on the TV Time charts for the week ended June 14.

The fourth and final season of “13 Reasons Why” hit Netflix June 5. As the series ends, the senior class at Liberty High School is preparing for graduation, but before they can say goodbye, they’ll have to keep a dangerous secret buried. The series also landed at No. 7 on the rising show chart.

No. 2 on the binge chart for a second week was “Dynasty,” a reboot of the 1980s soap opera, with ABC sitcom “Modern Family” again landing at No. 3.

Top rising show “Reality Z” hit Netflix June 10. An ode to horror, humor and pop culture, the series narrates in 10 episodes a zombie apocalypse that imprisons participants and producers of a reality show called Olimpo. During an elimination night of the show, the studio becomes a shelter for those who seek salvation in Rio de Janeiro.

Netflix also took spots No. 2 and No. 3 on the rising show chart. Taking the silver was “F Is for Family,” season four of which hit screens June 12. The animated show from comedian Bill Burr and Emmy award-winner Michael Price transports viewers back to the 1970s, a time when political correctness, helicopter parenting and indoor smoking bans weren’t part of anyone’s vocabulary. It features the voices of Burr, Laura Dern, Justin Long and Sam Rockwell. Getting the bronze was the high school comedy “Alex and Katie.” Season four just debuted.