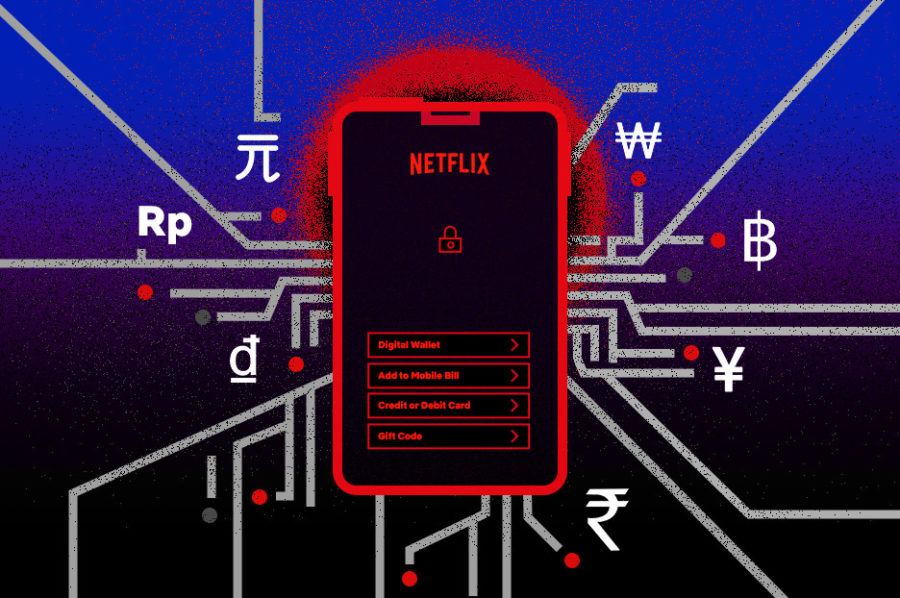 In an effort to meet/lure subscribers on their terms, Netflix has begun expanding payment methods in select territories (notably Asia) worldwide. Instead of mandating the usual credit or debit card for their subscription, streamers can use alternative payment methods, including Unified Payments Interface (UPI), digital wallet and/or direct carrier billing.

While Netflix entertains subscribers around the world, the way they pay is very specific to where they live, according to Shalini Khatwani, director, payments Asia Pacific. Writing in a blog post, Khatwani says the streamer is “working hard” to localize payment methods in the Asia Pacific region.

“We are always looking for new ways to improve the payment experience for our members, be it by offering methods of payments that they prefer or by optimizing user journeys to make payments more seamless,” Khatwani wrote.

Indeed, the Asia Pacific region was the only Netflix territory to see a net gain (1 million) in subscriber growth in the most-recent fiscal period.

Khatwani contends the growth is in part due to a combination of push-pull factors. Across the region, there’s been a greater preference for alternative digital payment methods. The Global Payments Report estimates that digital wallets will make up 72% of e-commerce transactions in APAC by 2025. Currently, digital wallets, direct carrier billing and bank-based payments are some of the most popular payment methods among our new signups.

While the APAC region is among the world’s most developed technologically, many Netflix subs don’t have access to credit cards, and debit cards sometimes don’t work well for subscription transactions in their markets. For example in India, a number of cards are not enabled for recurring payments, while in Southeast Asia many banks require customers to opt in for online payments adding another step of friction.

“Moreover, customers in APAC are generally concerned over payment security and are not comfortable storing their card numbers online, which is one reason they might prefer to use a mobile number linked to a wallet,” Khatwani wrote.

It’s not a one-size-fits-all approach. Khatwani cautions that any new payment method is “meticulously A/B test[ed]” prior to roll out and launch to make sure it is something subscribers want and is delivering incremental value.

In India, Netflix was the first merchant to launch UPI autopay. In Indonesia, mobile wallet service GoPay was the first e-money payment option on Netflix in the country. Even in more mature markets like South Korea and Taiwan, where card payments are still the norm, there’s a strong demand for direct carrier billing, along with an increased growth in digital wallets, according to Khatwani.

“We are also the first merchant to leverage tokenization — a method of encrypting cardholder personal data — globally to increase security for sensitive payment information,” she wrote.

Citing Netflix’s “in-house expertise” in payments fraud, Khatwani said the streamer is able to proactively share fraud trends or A/B testing results (not subscriber data) on payments trials with others in the ecosystem such as payment and bank partners, wallet providers and new tech platforms.

“By being a good partner, we hope that, together, we can build a better experience for our members, and a stronger ecosystem for all,” she wrote.

Outside the digital wallet, Netflix payment options are listed here.