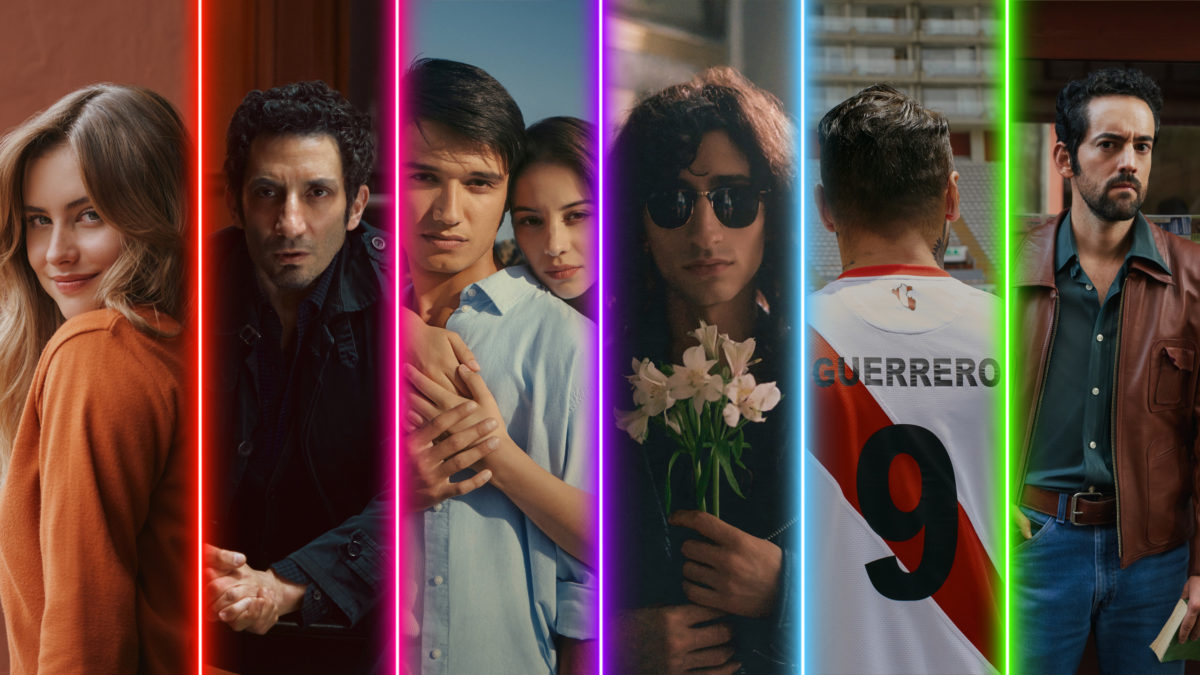 Netflix April 28 announced an extensive list of Spanish-language premieres produced in Latin America. Fans of all genres will be able to stream stories created by and starring talent from Argentina, Chile, Colombia, Mexico, Peru and Uruguay.

Mexican productions include “Belascoarán,” based on the adventures of detective Héctor Belascoarán Shayne, written by Paco Ignacio Taibo ll, starring Luis Gerardo Méndez, Paulina Gaitán and Irene Azuela, among others; “La flor más bella,” inspired by the story of Michelle Rodríguez, who is an executive producer on the series; and “Donde hubo fuego,” created by José Ignacio Valenzuela, a story that pays tribute to the women and men firefighters who risk their lives daily.

From Argentina, “Divisón Palermo,” about an inclusive urban police division designed as a marketing operation to improve the image of the force, which discovers something it shouldn’t. Colombian series “La primera mujer” is set in 1976 when the first female student enrolls at the José María Root school alongside 500 male students whose lives will forever change; and the Chilean series “42 días en la oscuridad,” produced by Juan de Dios Larraín and Pablo Larraín, and directed by Gaspar Antillo and Claudia Huaiquimilla.

Among the true stories coming to the screen are bio-series like the Argentine production El amor después del  del amor, based on the life of Fito Páez, one of the most important rock musicians in Latin America for the past 30 years, starring Iván Hochman, Gaspar Offenhenden, Micaela Riera, Andrés Fejerman (aka Andy Chango), Julián Kartún and executive produced by Páez; El Rey, Vicente Fernández, about the life of this Mexican music icon with a stellar performance by Jaime Camil, accompanied by Sebastian Dante, Sebastian García, Kaled Acab, Marcela Guirado and Regina Pavón among others; Goles en contra, the Colombian limited series about the rise and fall of soccer in Colombia between 1987 and 1994, which shows how the most emblematic team of local heroes faced difficult situations and decisions which, intertwined with the collective dream of a country, became a nightmare; and  the Peruvian series Contigo Capitán, about the difficult legal battle between Peruvian soccer player Paolo Guerrero and the World Anti-Doping Agency after his disqualification from the 2018 World Cup in Russia that would lead to the modification of  anti-doping protocols worldwide.

Upcoming Latin American films include the Argentinian productions La ira de Dios, based on the novel La muerte lenta de Luciana B by Guillermo Martínez and starring Juan Minujín, Diego Peretti, and Macarena Achaga in a story full of mystery and drama; Pipa, starring Luisana Lopilato, Mauricio Paniagua and Inés Estévez among others, directed by Alejandro Montiel and based on the novels by Florencia Etcheves about Detective Manuela Pipa Pelari (La corazonada, Perdida), a retired police officer who returns to the job after the appearance of a lifeless body in northern Argentina; and Matrimillas, directed by Sebastián De Caro and starring Luisana Lopilato and Juan Minujín as a young couple who decide to use an app that adds or subtracts points according to their merits with one another, sending their lives spinning out of control.

Additionally, the Chilean film Ardiente Paciencia, based on the successful homonymous novel by Antonio Skármeta is coming soon. Adapted by Guillermo Calderón and directed by Rodrigo Sepúlveda, it tells the story of Mario (Andrew Bargsted), a young fisherman who dreams of being a poet and becoming Neruda’s next postman (Claudio Arredondo), whose verses help him win over the woman of his dreams, Beatriz (Vivianne Dietz); and finally Togo, the first film produced in Uruguay, directed by Adrián Caetano and with the performances of Diego Alonso, Catalina Arrillaga, Néstor ‘Tito’ Prieto, Luis Alberto Acosta, Marcos Da Costa, JoelAlva13, José Pagano, Federico Morosini, Sabrina Valiente, among others, which follows a boy from Montevideo who refuses to work for local organized crime, and faces  the consequences to protect his hometown and neighbors from violence.

As for competition shows, there is “Iron Chef México,” the Mexican version of the legendary world-renowned culinary competition that began in Japan, in which the best chefs face off against resident Iron Chefs in a duel against time around a very peculiar ingredient. Poncho Cadena and Paty Cantú will host. For music fans, there’s “La Firma,” an in-the-works musical competition in which global superstars Rauw Alejandro, Yandel, Nicki Nicole, Tainy, and Lex Borrero come together to search for the next talent. The winner will sign with the powerful talent incubator NEON16, one of the music industry’s most innovative companies.

For laughs, the Colombian stand-up specials deliver with Adulto promedio, Liss Pereira’s second show on Netflix in which she invites the public to literally step into her closet to share her deepest secrets about relationships, family and motherhood, and Mañana será peor, Ricardo Quevedo’s third special, recorded at the iconic Teatro Faenza in Bogotá, where he celebrates 20 years in comedy and talks about his life, his marriage, and the pandemic.

In the world of unscripted, we have the Mexican docuseries Mi encuentro con el mal, which narrates real cases of demonic possessions and exorcisms in Mexico; and América vs América, which reveals a behind-the-scenes peek at this popular Mexican soccer team. There’s also the Argentinean documentary feature film directed by Alejandro Hartmann, El fotógrafo y el cartero: el crimen de Cabezas, which examines the murder of photographer José Luis Cabezas in 1997, which shocked the entire country and brought to light a mafia network within political and economic powers; and the reality show Siempre reinas, starring Mexican divas Lorena Herrera, Lucía Méndez, Sylvia Pasquel and Laura Zapata.

Netflix is also streaming new seasons of fan-favorite series like the Mexican productions Rebelde (Season 2), Daughter from Another Mother (Season 3), Control Z and Who Killed Sara?, (third and final seasons for both), as well as the Argentinean productions El Reino (Season 2 coming soon) and El Marginal (Season 5).