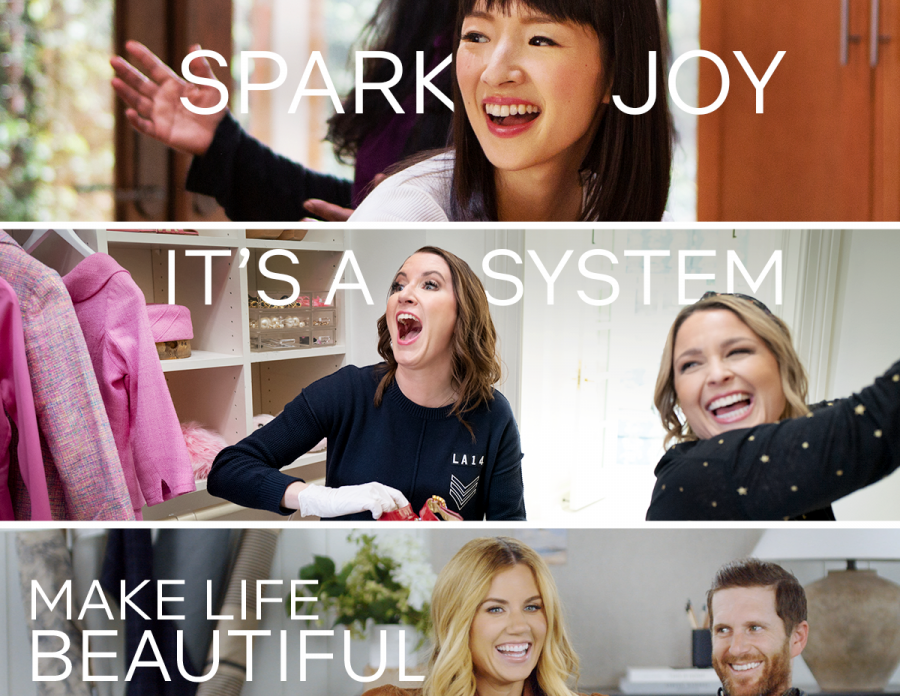 Home improvement TV programming has gone over-the-top. On the heels of HGTV bowing all of its shows on subscription streaming video service Discovery+, and Roku acquiring “This Old House” episodes, Netflix has upped its presence beyond personal organizing wiz Marie Kondo, to include expand separate home improvement shows from last year.

The SVOD pioneer March 19 announced new seasons of “Get Organized With The Home Edit” and “Dream Home Makeover,” plus the new series “Sparking Joy With Marie Kondo,” a follow-up series from the star of “Tidying Up With Marie Kondo.”

Netflix is also launching “Marriage or Mortgage,” in which couples decide between planning a wedding or buying and designing their dream home.

“Get Organized With The Home Edit” season two finds Clea Shearer and Joanna Teplin, the master organizers and best-selling authors behind the innovative home organization company The Home Edit, again conquering clutter with their unique brand of interior styling, practicality and humor, dramatically transforming the lives of their clients. This season, viewers will take a closer look into Clea and Joanna’s business — featuring even bigger organization projects, along with several celebrities surprising deserving friends and family members with makeovers.

The third season of “Dream Home Makeover” follows the lives of Syd and Shea McGee as they run their home design business and raise their two daughters (and one baby on the way). Episodes feature design projects that range from one-room designs to full home builds and renovations, effortlessly applying the same set of principles to every project, creating interiors that are unfussy, accessible, and breathtakingly simple at any level of the budget ladder.

New series “Sparking Joy With Marie Kondo,” again features the organization icon and best-selling author’s signature approach to tidying up a step further. Kondo shows how the fundamentals of her method can affect businesses, relationships and communities. The impacts of tidying are surprising, emotional and transformative in the lives of the people she meets. Throughout the process, viewers will also step into Kondo’s own home, meet her family, and get a glimpse into how she sparks joy in her daily life.