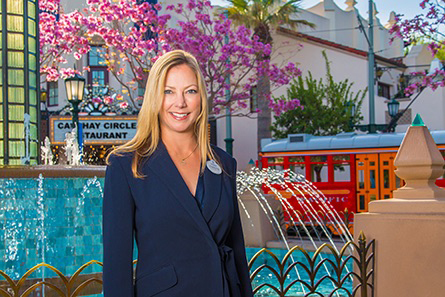 Scuttlebutt regarding Netflix’s interest in consumer products took another step toward reality with the hiring of Christie Fleischer as global head of consumer products — overseeing retail and licensee partnerships, publishing, interactive games, merchandising and experiential events.

In her role, Fleischer will lead a team focusing on developing consumer products across all categories for Netflix original series and films. She joins the Los Angeles based team on Sept. 4.

“Christie brings a wealth of experience and creativity from the consumer products world. She has helped to build some of the world’s most beloved brands and we’re thrilled that she will join us,” Kelly Bennett, chief marketing officer, said in a statement.

Indeed, Fleischer joins Netflix from the Walt Disney Co., where she was head of merchandise for parks, experiences and consumer products. In her role, she led a global business focused on product strategy, product development, creative, sourcing, supply chain, and logistics across parks and resorts, Disney Stores, and licensing.

In the most-recent period, Disney reported an 8% decrease in consumer products and interactive media revenue at $1 billion. Operating income dropped 10% to $324 million.

Prior to her head of merchandise role, Fleischer was the SVP of retail & merchandise for Disney Parks & Resorts where she oversaw merchandise product strategy, product development, planning, visual merchandising, store design, supply chain and logistics.

Fleischer holds an M.B.A. from the Marshall School of Business at USC and a B.S. from West Chester University.