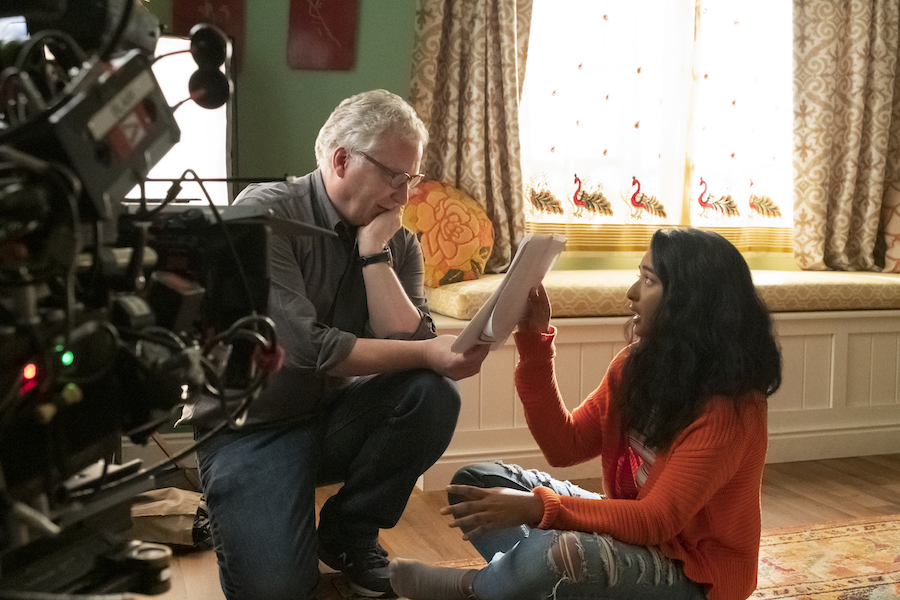 Behind the scenes on Netflix's "Never Have I Ever."

A decade after its launch in Canada, Netflix announced it is opening an office and hiring a dedicated content executive to work directly with the Canadian creative community.

“We could only have dreamed in 2012 when our first original production began filming in Ontario (‘Hemlock Grove’) what an important part of our business Canada would become,” read a Netflix announcement.

“Since 2017 alone we have spent more than $2.5B CAD on productions in the country. But more than that, we have built relationships with so many talented directors, screenwriters, actors, producers, animators and more,” continued the announcement, which noted the kickoff of local talent, such as Mississauga’s Maitreyi Ramikrishnan in “Never Have I Ever.”

The announcement also noted a three-year focus on working with organizations across Canada to support the development of creators from underrepresented communities.

“Through over 20 local partnerships, we have helped support the career development of more than 600 Canadian creators to-date,” read the announcement. “Canada is an amazingly diverse country and growing our presence locally will help us share more authentically Canadian stories with the world, whether through the development of original content or through co-production and licensing opportunities. As always, the goal is to give our members great choice and control over what they watch.”