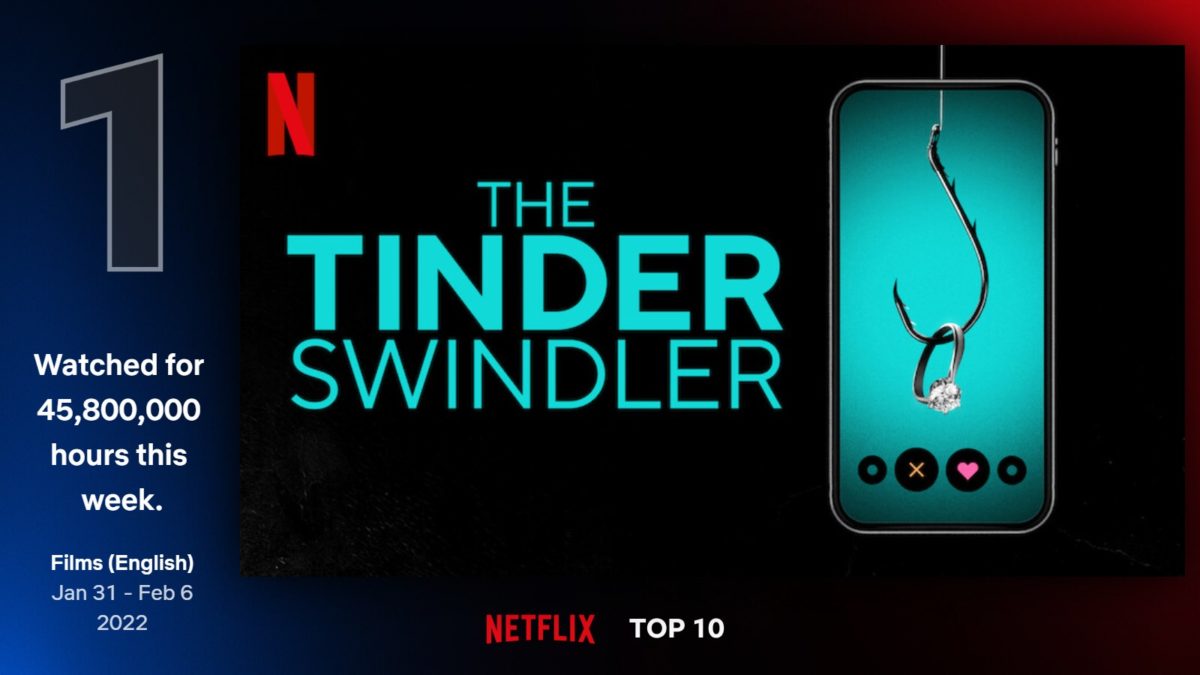 It’s been said that hell hath no fury like a woman scorned. Up the rage to a group of women swindled out of money and love on a dating app and you get Netflix’s latest hit The Tinder Swindler, which tracked 45.8 million hours streamed in its first week across 92 countries through Feb. 6, according to the streaming behemoth’s latest chart.

The series topped Home Team, which tracked 33.6 million hours in its second week of release, and licensed movie Despicable Me 2, with 14.3 million hours. 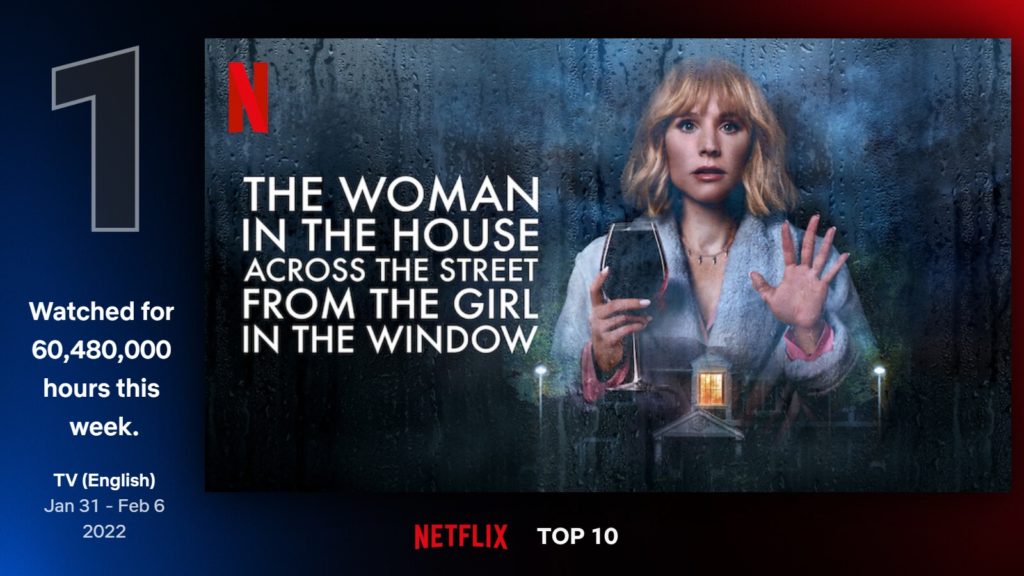 Among Netflix episodic content, the series with longest name on television: “The Woman in the House Across the Street from the Girl in the Window,” tracked more than 60 million hours in its second week across 69 countries. The spoof about a hard-drinking suburbanite (played by Kristen Bell) topped the first-week release of season two of “Raising Dion” with 49 million hours across 51 countries, and season one of “In From the Cold” with 44.8 million across 73 countries — just edging out season four of “Ozark” with 44.6 million across 41 countries.