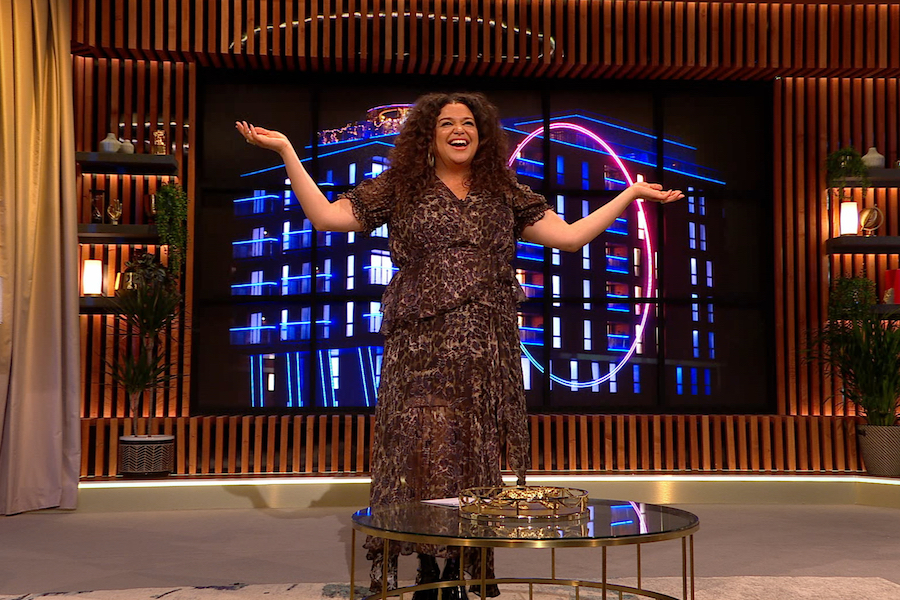 Michelle Buteau, host of "The Circle." (Photo courtesy of Netflix)

The second seasons of the Netflix unscripted competition series “The Circle” and “Too Hot to Handle” will premiere in batches on Wednesdays beginning in April, instead of dropping all at once, according to a blog post.

Netflix is “experimenting with the release format so you have time to dissect and dish on every step of the competition as it unfolds,” according to the post from Brandon Riegg, VP of unscripted and documentary series.

“We’ll debut several new episodes at a time on Wednesdays beginning with the first four episodes of ‘The Circle’ on April 14,” he wrote. “Once ‘The Circle’ wraps in May, ‘Too Hot to Handle’ takes over in June.”

Season two of “The Circle” features 13 episodes in which a cast of eight new contestants enter The Circle, where they compete in challenges against each other for top influencer on a social media platform with $100,000 on the line. The four-week episode drop is as follows: April 14, episodes 1-4; April 21, episodes 5-8; April 28, episodes 9-12; and May 5, the finale.

Season two of “Too Hot to Handle” features 10 new singles competing for $100,000, with new episodes premiering on Wednesdays in June.