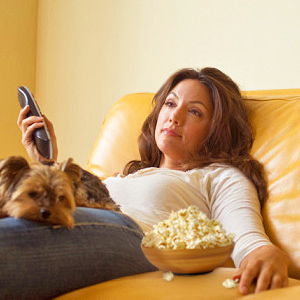 In what shouldn’t be a surprise, Netflix says people who binge-view programming enjoy doing so in the company of their pet animal.

According to a new survey, when it comes to watching TV, most people (58%) find pets to be the best binge partner, according to a survey based on more than 50,000 responses globally conducted by SurveyMonkey from Jan. 9-25.

Netflix said pets don’t hog the remote or judge their owner’s entertainment tastes. Even 22% of respondents have talked to their pet about the show or movie they were watching.

More than a third of respondents (37%) have moved where they were sitting so their pet would be more comfortable; 22% have bribed them with treats to watch longer, and 12% have even gone so far as turning off a show because their pet didn’t appear to like it.

Meanwhile, bird lovers are egged on by comedies like “Orange Is the New Black.” The one show that brings all streaming species together? “Stranger Things.”