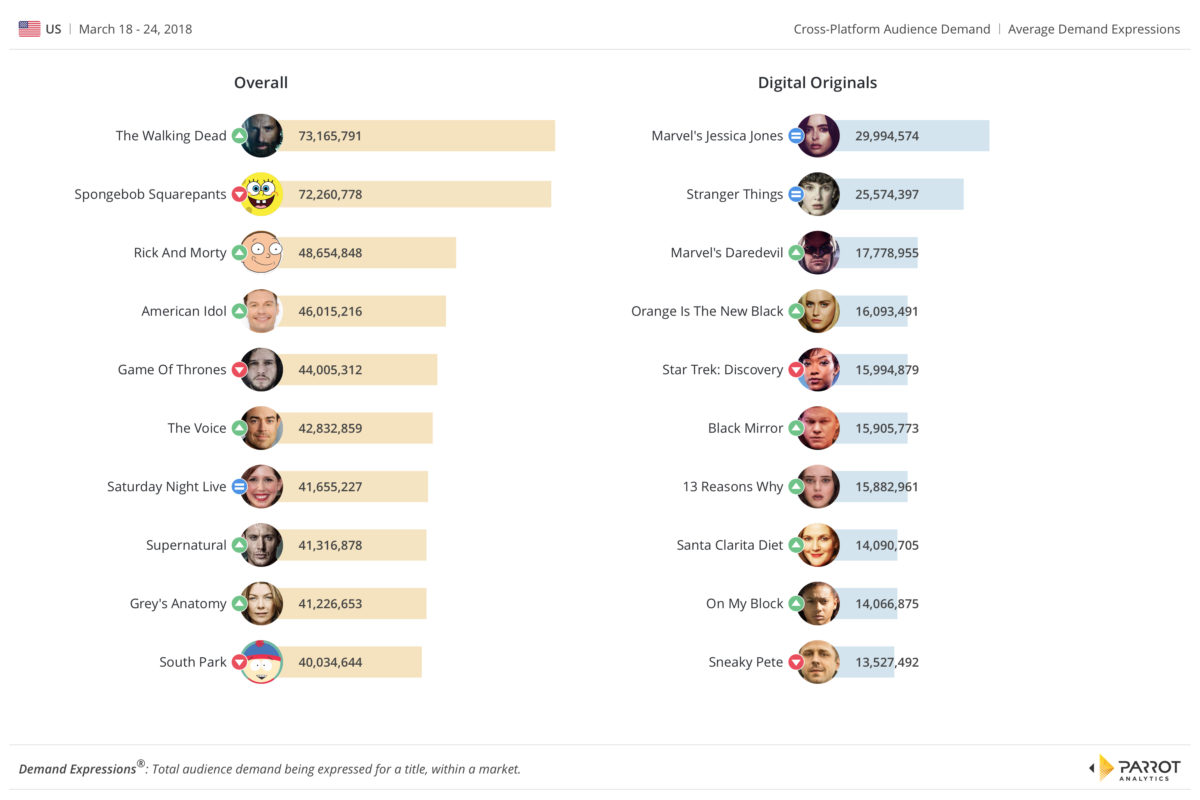 Marvel’s “Jessica Jones” was the top digital original show for the third consecutive week, with 17% more demand than “Stranger Things,” which remains No. 2.

New to the chart is Netflix’s “On My Block,” which debuted on March 16. This coming-of-age series, which bowed at No. 9 on the digital originals chart, looks at four streetwise teens whose lifelong friendships are tested as they begin high school in a rough inner-city Los Angeles neighborhood.

Another Netflix original, “Santa Clarita Diet,” entered the top 10 at No. 8 as excitement built over the March 23 launch of its second season.

With new episodes from the second half of season eight of “The Walking Dead,” the AMC zombie series returned to No. 1 on the overall TV series chart, knocking “Spongebob Squarepants” to No. 2.

“Rick and Morty” shot back up to No. 3 from No. 6 the prior week as word of negotiations for the series’ renewal went viral. The adult animation series saw its demand spike by 20% over the previous week.