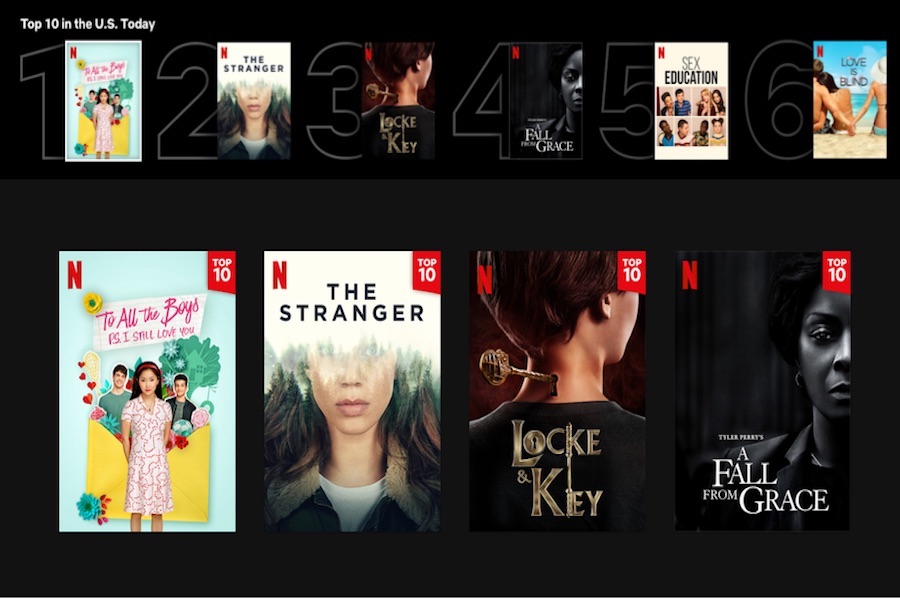 Netflix Feb. 24 rolled out top 10 designations on its site.

“In addition to the overall top 10 list, you’ll also be able to see the top 10 most popular series and top 10 films when you click on the movies and TV shows tabs,” read a blog from Cameron Johnson of product innovation. “Whether you love books, music, films or TV, top 10 lists are a great way to find out what’s popular. So today we’re rolling out a new Top 10 feature on Netflix.”

The new row enables subscribers to see what is most popular on Netflix in each country, according to the blog.

“It will be updated every day and the position of the row will vary depending on how relevant the shows and films are to you,” according to the blog post.

Shows and films that make these lists will also have a special “Top 10” badge wherever they appear on Netflix, according to the blog.

“We’re constantly looking for ways to make Netflix better,” read the post. “It’s why we’ve been experimenting with top 10 lists in Mexico and the U.K. for the last six plus months. Members in both countries have found them useful, so we are now rolling them out to even more.”