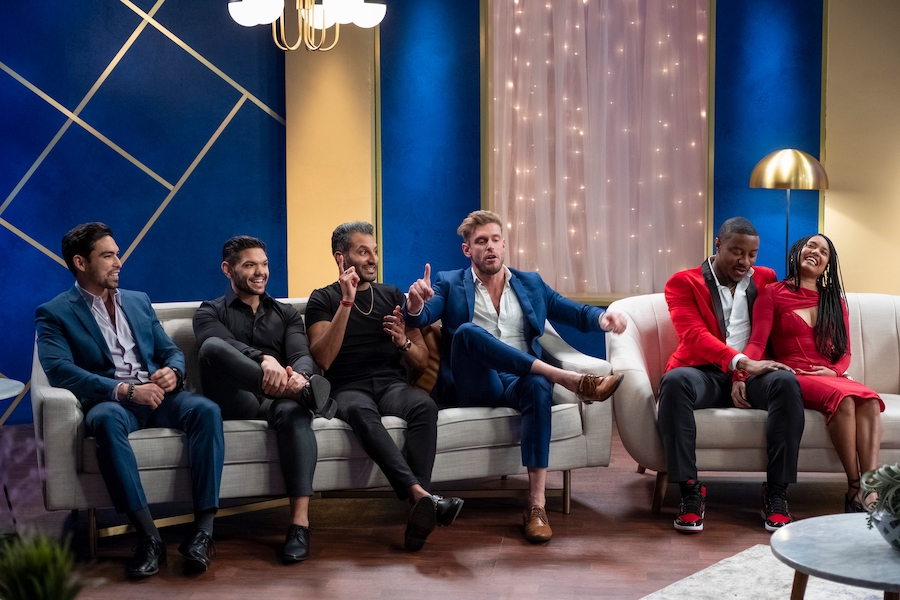 Netflix is doubling down on unscripted dating shows, adding seasons of “Love Is Blind,” “Too Hot to Handle,” “Indian Matchmaking” and “Love on the Spectrum” as well as new shows.

To unveil Netflix’s year-round offering of reality romance shows, stars of “Love Is Blind” and “Too Hot To Handle” teamed up to form the (fake) 2000s-style boy band N-2-LUV and previewed their debut single “Love Has No Offseason” for Nick Lachey, releasing a music video.

“Love is Blind” has been renewed for seasons four and five, which will each feature new singles and new cities. Season two marked five consecutive weeks on Netflix’s global top 10 list for English-language TV series, reaching the top 10 in 54 countries after it premiered on Feb. 11. A new season two installment, “Love Is Blind: After the Altar,” premieres later this year. Season three also premieres this year. In season three, singles who want to be loved for who they are, rather than what they look like, have signed up for a less conventional approach to modern dating in Dallas where they hope to meet the person they want to spend the rest of their lives with — without ever having seen them. With no distractions from the outside world, the singles talk to a stream of potential love interests and when a meaningful connection is made, they propose and then lay their eyes on their fiancé for the first time. Engaged and back in the real world, as the couples plan their wedding day, they will quickly discover whether they can turn their emotional connection into a physical one before the fast-approaching ceremony. The 10-part series is hosted by Nick and Vanessa Lachey.

“The Ultimatum” premieres April 6, followed by an all-queer season coming soon. In the series, six different couples are on the verge of marriage. One partner is ready to get married, but the other isn’t quite as sure. An ultimatum is issued — and in just over eight weeks, they must commit to marriage, or move on. In the meantime, each will choose a new potential partner from one of the other couples, in an opportunity to get a glimpse of two different possible futures. Episodes one through eight premiere April 6 with final episodes April 13.

The “Love on the Spectrum” U.S version premieres this year following the success of the Australian series, It’s a docu-reality series following people on the autism spectrum as they navigate the world of dating and relationships.

“Dated and Related” premieres this year. In the new reality dating series, pairs of siblings will see each other’s love life up close as they search for “the one” together.

“Indian Matchmaking” season two premieres this year, with season three coming soon. In the series, matchmaker Sima Taparia returns to help some familiar faces and new singletons across the globe who have decided that it’s time to put their love lives in the hands of the expert.

“Jewish Matchmaking” is coming soon. The new series from the producers of “Indian Matchmaking” features singles in the United States and Israel as they turn their dating life over to a top Jewish matchmaker.

“Too Hot to Handle” season four is coming soon. Viewers will meet a new batch of hellraisers arriving for a sexy vacation where their assignment is to stick to the rules and abstain from any kind of sexual contact (or self-gratification) in order to form meaningful connections and keep prize money.

Another new series, hosted by Nick Lachey, brings together still-single stars from past Netflix reality shows who couple up in hopes of finding the perfect match. Stars will include participants from “Too Hot To Handle,” “Love Is Blind,” “The Circle” and “Selling Tampa,” among others.

Fans can apply for future seasons of these shows on NetflixReality.com. For more about Netflix reality, they can listen to the new podcast “We Have The Receipts,” hosted by Lauren Speed-Hamilton (“Love Is Blind”) and Chris Burns (“The Betchelor”).