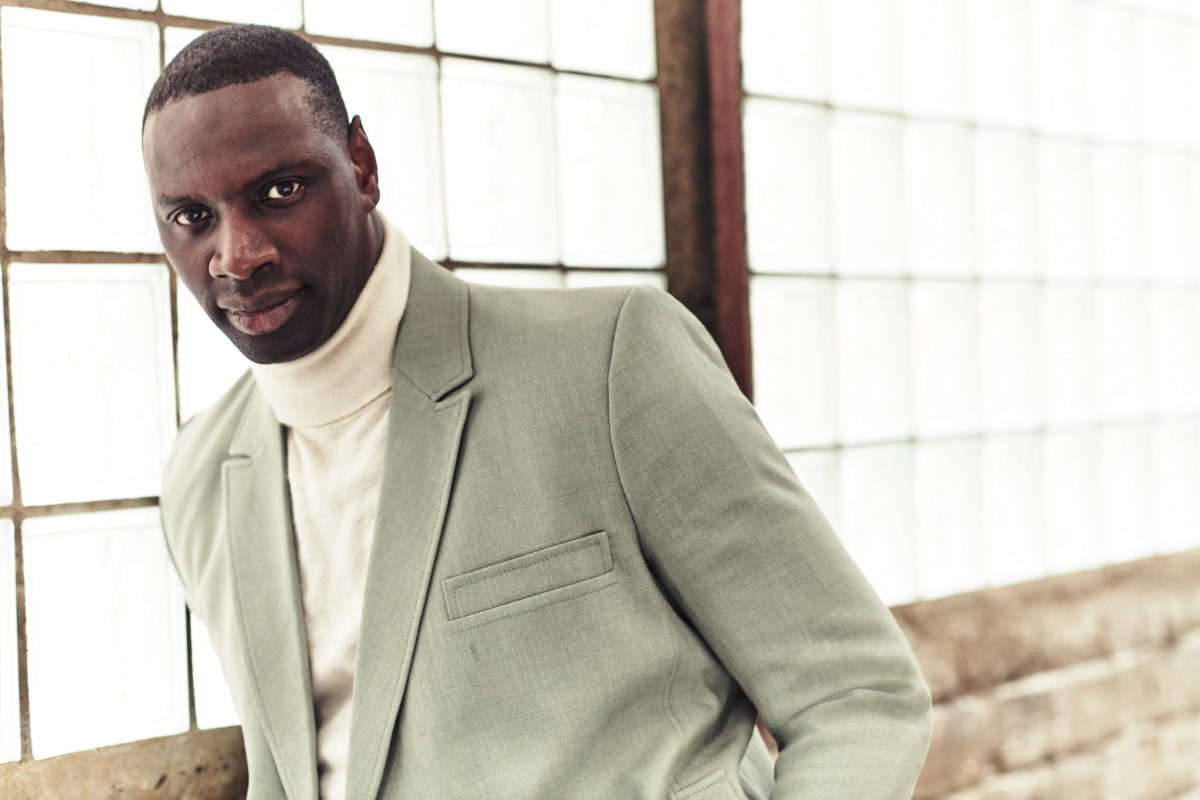 Netflix has long been a pioneer among streaming services offering original European movies and TV shows to subscribers. The SVOD pioneer’s content slate now averages about 30% European content, according to new data from Ampere Analysis.

The European Union mandated foreign streaming services — starting in 2021 — carry at least 30% localized content, or risk undisclosed penalties. The new rules stipulated that if SVOD giants Amazon Prime Video, Disney+, HBO Max, Peacock and Paramount+ wanted to expand into Europe, they had to up their local content spending.

The mandate was put on hold following the outbreak of the COVID-19 pandemic.

Regardless, Netflix has now satisfied the ruling for most of the EU member countries. The notable exception is the U.K. and Ireland, where 27% of titles are European. France is also slightly under, as are minor markets Belgium and Switzerland. With the 30% quota already being introduced in a number of markets, Netflix is now just a ‘rounding error’ away from meeting requirements across its entire European footprint, according to Ampere.

The shift to hit quota is recent. In December 2021, 16 of the 27 markets analized were under the quota. Even in the U.K. (which exited the E.U.), Netflix will hit 30% European content with the addition of just 408 European titles (or the removal of 953 non-European). Even fewer would be required for France, Belgium and Switzerland to reach 30%. 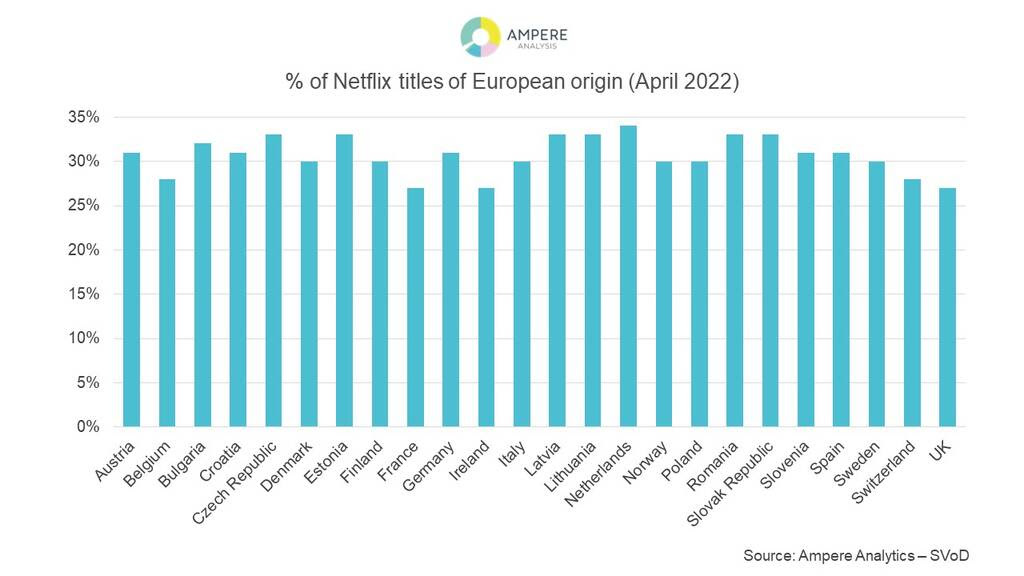 “Quietly, while no one was watching, Netflix has boosted the proportion of its catalog titles that are European to the point where meeting new quota regulations should have no negative impact on its regional business,” Guy Bisson, research director at Ampere, said in a statement.

Bisson said Netflix reaching the milestone is a reflection of the service’s “heavy” investment in foreign content, which is rapidly being mirrored by other global streaming players.

Indeed, while Netflix is ahead of its global streaming rivals in programming European content, Amazon also exceeds the 30% quota in Germany, Switzerland and Italy and is on a par with Netflix in the U.K. with 27% of catalog titles being of European origin. Other Amazon markets range from 16% to 28% European.

HBO Max also has a large proportion of European titles in its local catalog, with the majority of its European footprint already exceeding 25% European. Disney still has some way to go, hovering around the 10% European mark. But like other studio and global streamers, Disney has recently been ramping up its European local original production activities.

The change can be viewed from two sides of the fence in terms of success. It either reflects the benefits of regulatory pressure in boosting the acquisition and production of European film and TV by U.S.-based players operating in the region, or it shows how global players are increasingly competing directly with local and regional players with content that was hitherto largely the stronghold of single-market local broadcasters, according to Ampere.

“Perhaps more surprising than Netflix’s 30% milestone is the fact that some of the newer major studio players are already rapidly approaching a similar proportion of European content in their local catalog,” Bisson said.