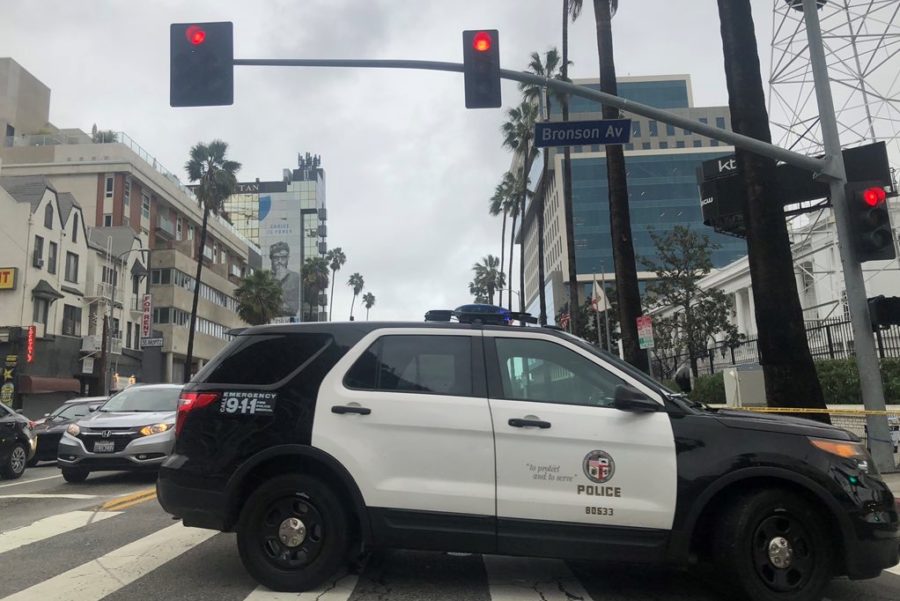 The scene outside Netflix on Feb. 14. (Photo courtesy Twitter/Jake Gould)

Netflix’s offices in the Sunset Bronson Studios in Hollywood were put on lockdown Thursday afternoon (Feb. 14) after police received reports of a person with a deadly weapon.

According to KTLA, whose offices also are in the complex, one person was taken into custody.

KTLA later reported that a Netflix employee “who had been recently fired called in a threat to a former coworker, saying he had a gun and was on the company’s Hollywood studio lot, prompting a lockdown affecting Netflix and KTLA …, according to lot security.”

The suspect was never actually on the lot, and when he was apprehended no weapon was found, Los Angeles Police told the TV station.

Police did not say where the suspect — a former Netflix employee who had been fired the day before, on Wednesday, Feb. 13 — was detained, only that police “did a ‘followup’ several blocks away in the 5600 block of Franklin Avenue,” according to KTLA.

Watch a KCAL news report on the incident

In a statement, Netflix said officials “received a tip about a potential law enforcement incident. Police are conducting a sweep of the lot out of an abundance of caution. There is no immediate danger or threat to our employees.”

The lockdown was lifted about 5:35 p.m., police said as reported by KTLA.

Sunset Bronson Studios is located near the intersection of Sunset Boulevard and Van Ness Avenue in Hollywood.

The news was spread via social media, particularly Twitter, with people tweeting out pictures and video of the scene. Among them: writer, director and actor David Hayter. 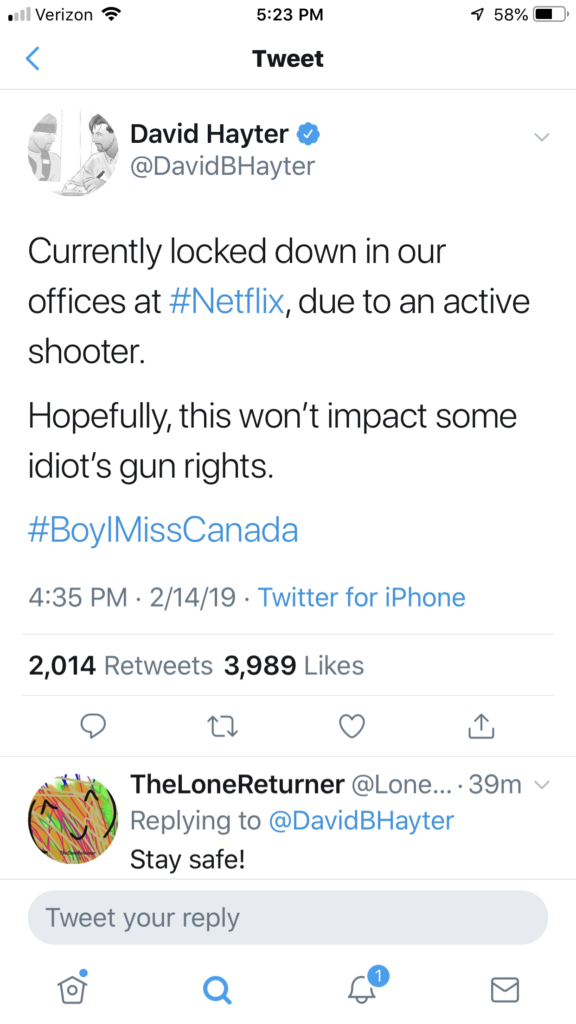 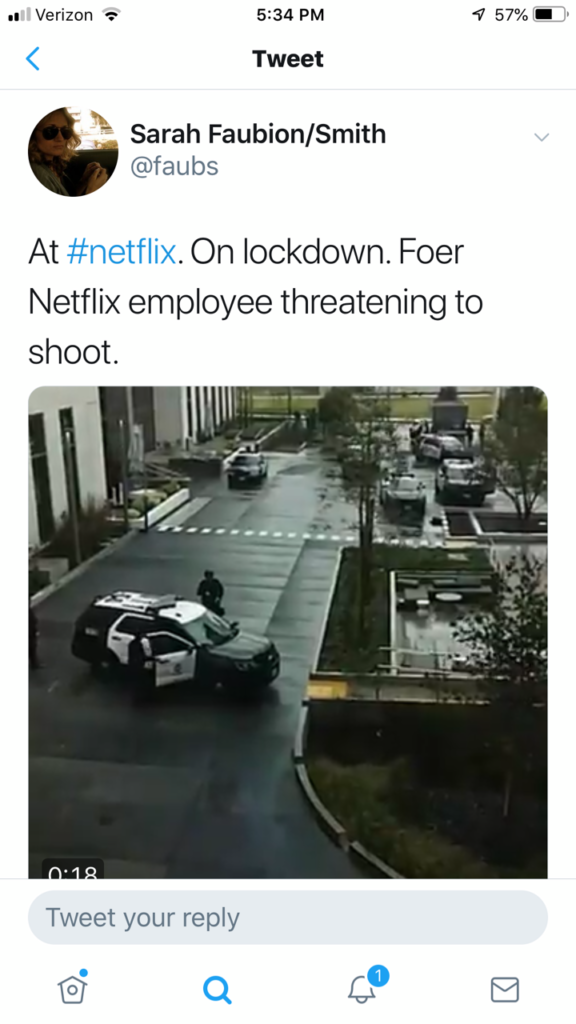