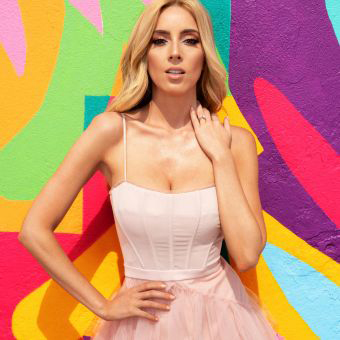 Netflix may not be interested in sports programming, but reality TV is fair game for the SVOD pioneer.

The world’s largest subscription streaming service announced that its first-ever Mexican reality series, “Made in Mexico,” featuring Mexico City’s wealthy socialites and their opulent lifestyles, is set to debut globally on Sept. 28.

Netflix launched service in Mexico in 2011, and currently has more than 6 million subs in the country – with household penetration above 70%. Netflix is projected to generate approximately $295 million with its Mexican streaming segment in 2020.

“Made in Mexico” follows the lives of nine well-to-do socialites in Spanish (with English subtitles), revealing the flawed lives of the seemingly perfect elite. They are passionate, unapologetically real, fashionable and sophisticated, and know how to set trends in one of the world’s most culturally vibrant cities, where family name is your bond and legacy is everything.

Cast members include Pepe Díaz, a 35-year-old successful businessman and nightclub impresario who wants to shed his playboy past and settle down into a new life.

Kitzia Mitre, born and raised into Mexico’s high society, is a fashion designer who splits her time between the city and her family’s sprawling ranch. When she’s not chasing after her toddler son, Kitzia sits atop her social circle, keeping a tight rein on who gains access while acting as the de facto arbiter of taste and style.

Carlos Girón Longoria is at the center of his social scene and is the connector between everyone in the “Made in Mexico” cast. Estranged from his father, Carlos keeps his focus on his fast-paced life as a TV host, actor and model when he is not refereeing the drama of his high-society friends.

Liz Woodburn is a cultured, well-traveled American food blogger who is recently engaged and finds that she must re-climb the social ladder as she adjusts to her new home after leaving New York City to live with her fiancé.

Columba Díaz is a high-fashion model who is the life of the party. The highly sought after bachelorette discovers herself in the middle of a love triangle, but wants nothing more than to focus on her career and philanthropy work.

Chantal Trujillo is an American expat who left a job at Vogue to follow the love of her life to Mexico. In short time, Chantal has made a name for herself as a lifestyle blogger running in Mexico City’s it-crowd. But the young fashionista must decide whether she made the right move coming to the city and if the prospect of a marriage proposal is really in her future.

Shanik Aspe is a TV personality and former swimsuit model who has dreams of being a pop star. While she enjoys the lavish life of TV celebrity, she has to figure out if she wants to give it all up for one last chance to become a singer or settle down to raise a family.

Roby Checa is a brother-in-law to Kitzia and the bad boy of the Checa clan. He is loud, proud and the ultimate showman who is always ready to entertain. The 31-year-old is balancing his desire to party with a need to find success in his business partnerships and prove to his family that he can make it on his own.

Hanna Jaff is 30-year-old politician and philanthropist who runs the Jaff Foundation. Hanna passionately pursues causes that are important to her, but sometimes finds her ambition leads to friction within her social circles.