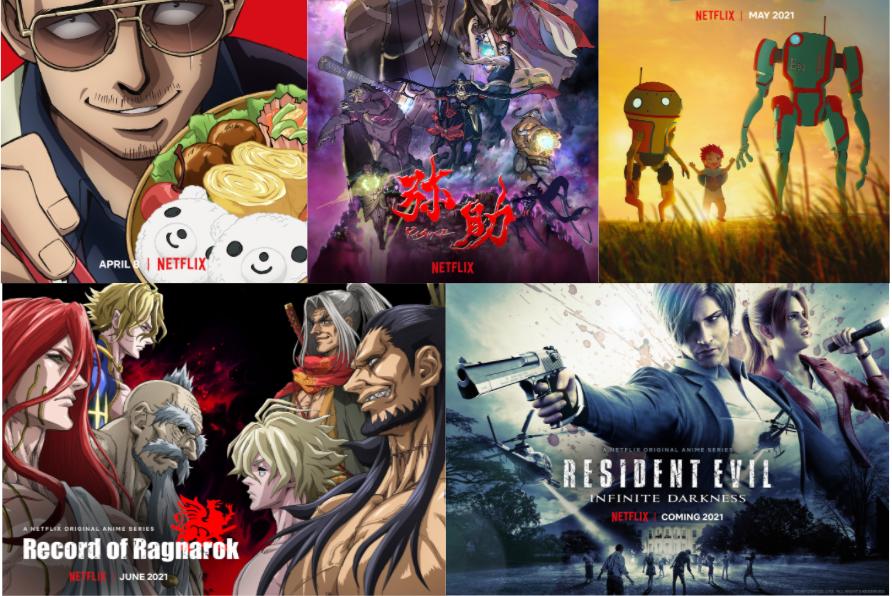 Netflix returned to the virtual AnimeJapan March 27-28, 2021, to showcase its pending slate and voice casts. Netflix is trying to strengthen its anime portfolio with the premiere of about 40 new original titles this year — double the number of titles released in 2020.

Netflix announced the upcoming release of Record of Ragnarok (premiering in June), an anime adaptation of the successful manga of the same name. The story about the epic fight for the fate of humanity will join previously announced titles The Way of the Househusband (premiering April 8) or Resident Evil: Infinite Darkness (premiering later this year).

Netflix also gave sneak peeks at upcoming projects Yasuke (April 29) and Eden (premiering May 27), including special artwork by Yasuke’s character designer Takeshi Koike. Both projects are new stories brought to life by international creators, further strengthening Netflix’s ambition to diversify its line-up of original anime by working with creators from both in and outside of Japan.