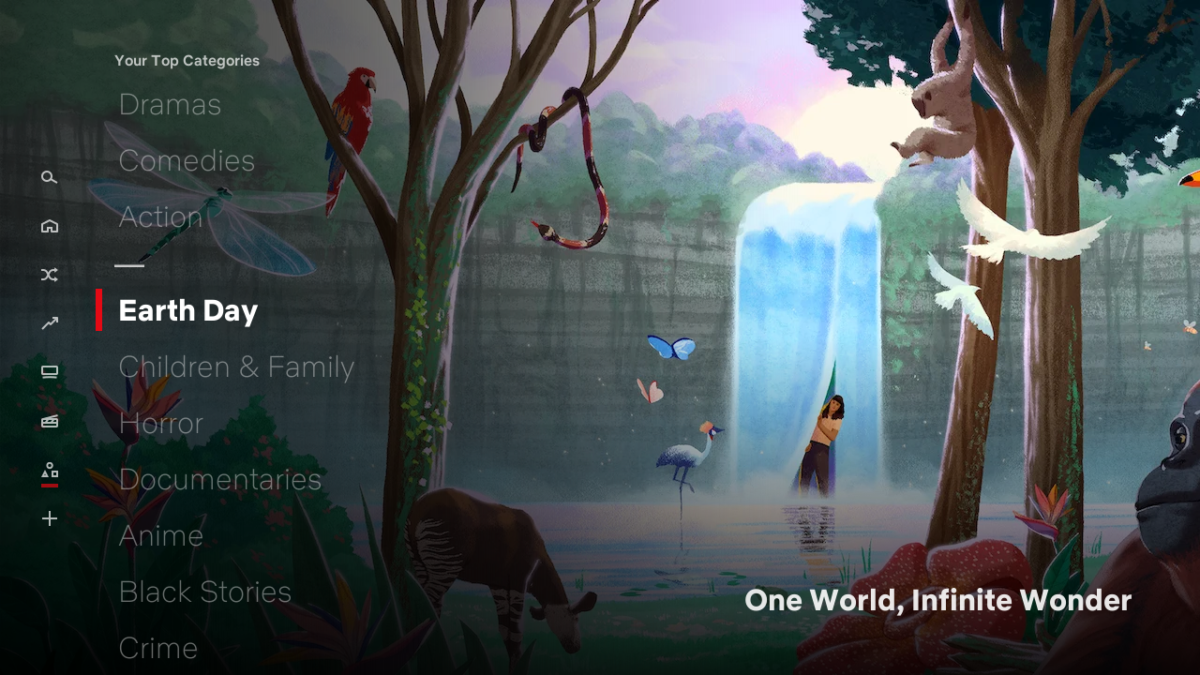 The service April 21 began rolling out a new Category Hub in the TV menu so subscribers worldwide can more easily find their favorite genres and discover new categories of movies, series and specials, all in one place.

The hub can be found in the left-hand menu on both adult and kids’ profiles. There, Netflix posts personalized top three categories based on what it believes subs like to regularly stream. The new immersive experience will also include curated collections to celebrate local holidays like Earth Day or International Women’s Day, as well as global categories such as anime, drama, and children & family.

“Think of this ‘Category Hub’ as a livelier version of our old categories row that’s tailored to your tastes and makes finding what to watch that much simpler (and fun!),” Mansi Desai, senior software engineer at Netflix, wrote in a blog post. “We hope this new feature will make it easier to find your most beloved categories and explore new genres when you’re craving some adventure (or fantasy or musicals or …).”