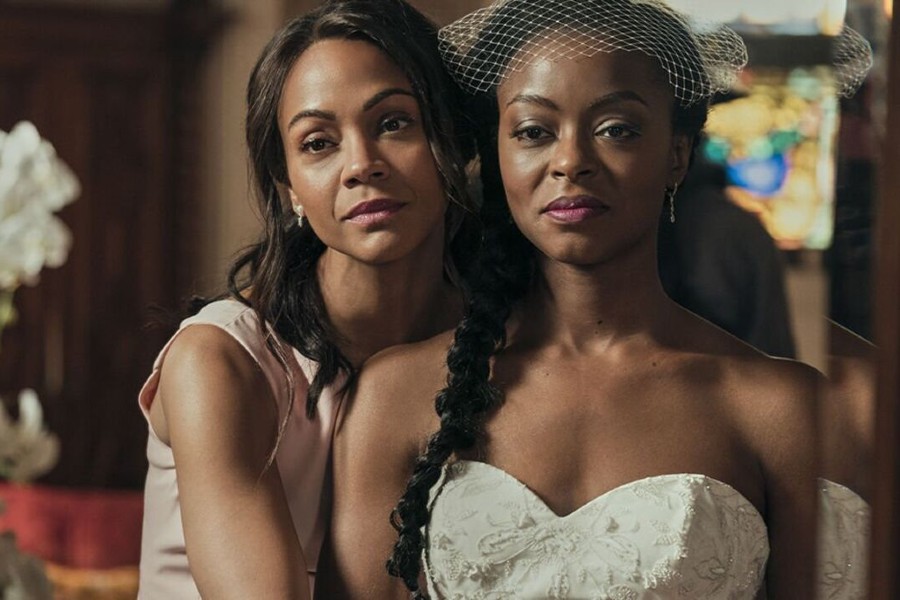 In its second week of release, “From Scratch” topped Netflix’s weekly most-streamed content, including No. 1 on the English language TV List with 72 million hours viewed through Oct. 30. Starring Zoe Saldaña, the love story pulled in an audience score of 90% on Rotten Tomatoes and appeared in the top 10 in 84 countries. Ryan Murphy’s “The Watcher” generated 67.5 million hours viewed for No. 2 in its third week. “Dahmer — Monster: The Jeffrey Dahmer Story” saw almost 41 million hours viewed in its sixth week, to move up to No. 2 all-time among English-language TV shows with 856.2 million hours. 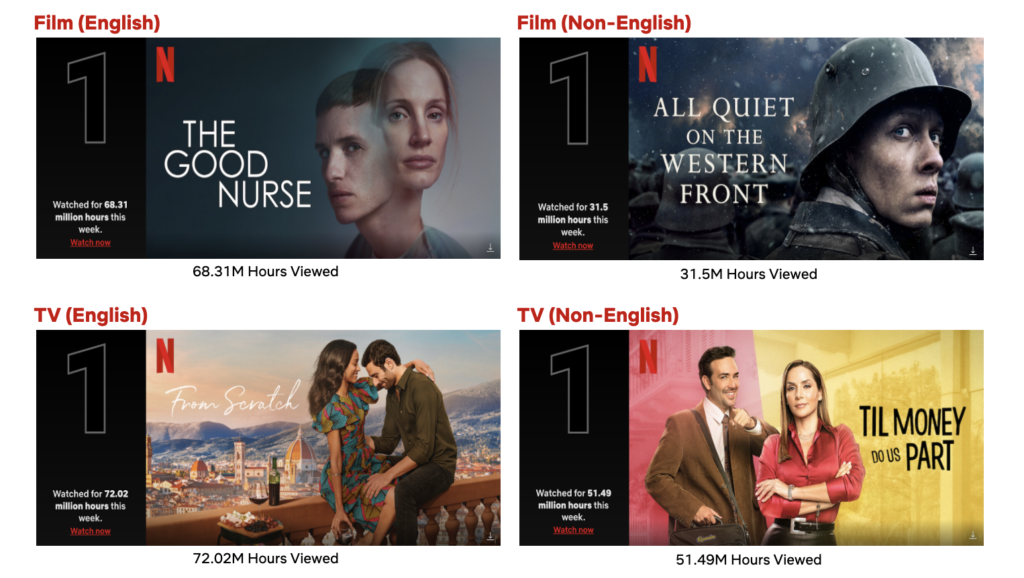 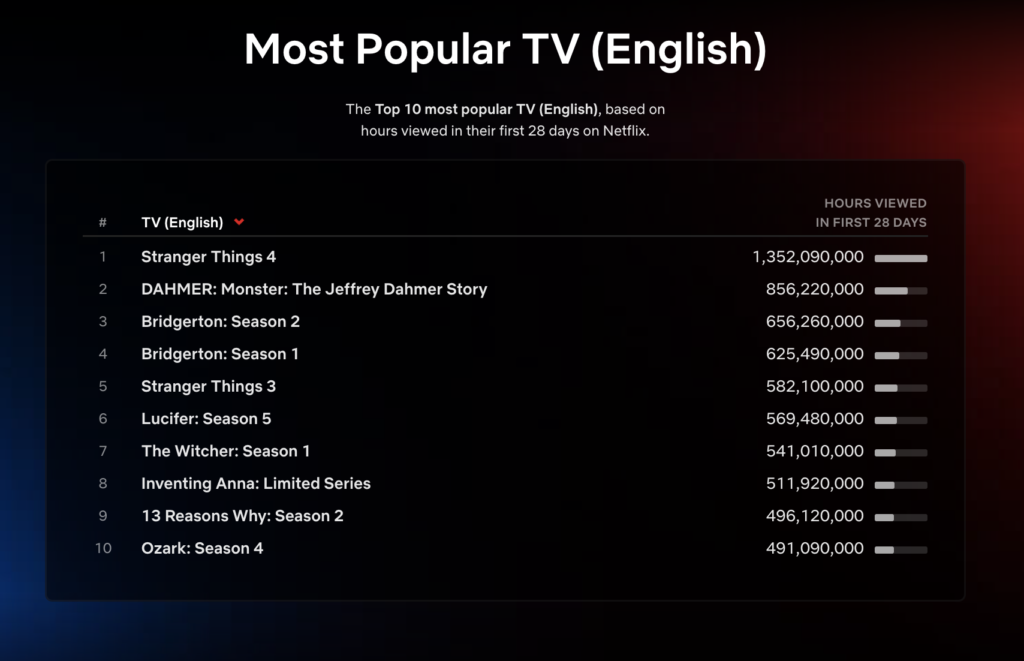