Netflix has launched the new feature Downloads for You, which automatically downloads recommended shows or movies to subscribers’ mobile devices based on their tastes.

It takes two steps to opt in. First, subscribers go to the Downloads tab on their mobile phone and toggle on Downloads for You. Second, they can choose the amount of content they want downloaded to their device (1GB, 3GB, or 5GB) and click Turn On. The more space subscribers allow, the more recommendations Netflix will download, according to the service.

The feature is available today on Android globally and will be tested soon on iOS, according to Netflix.

“Three years ago, we introduced Smart Downloads so you can find the next episode of your favorite show — even when you’re on the go. Now, we want to make discovering your next new favorite series or film quick and easy whether you’re connected or not,” wrote Patrick Flemming, Netflix’s director of product innovation, in a blog post. 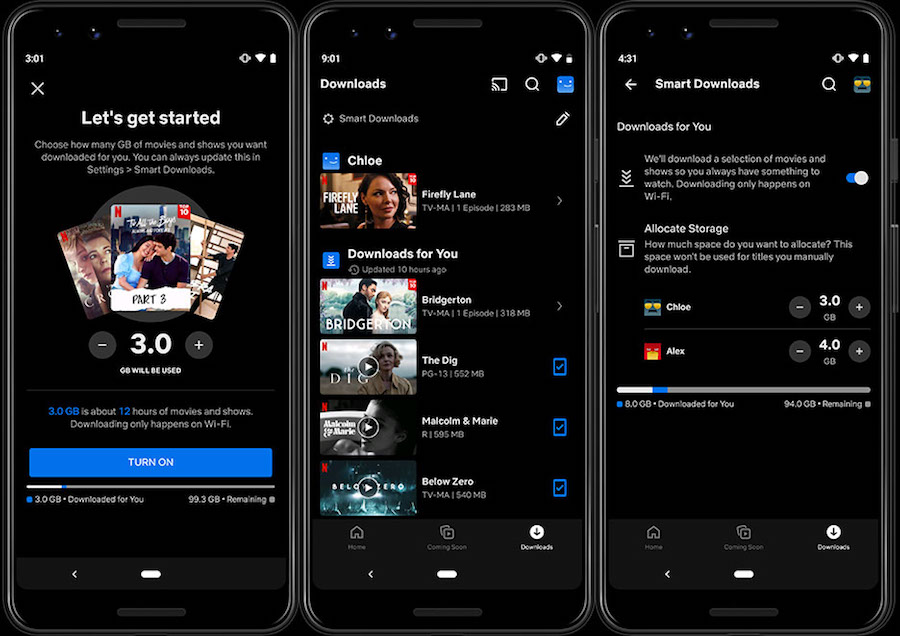