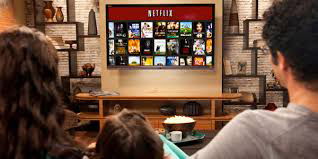 Netflix Jan. 22 reported it added a record 8.3 million net subscribers in the fourth-quarter (ended Dec. 31, 2017), to finish the year with more than 117 million subs, including 110 million subs paid.

It was the highest quarterly subscriber gain in Netflix’s history.

“We had a beautiful Q4, completing a great year as Internet TV expands globally,” CEO Reed Hastings and CFO David Wells wrote in the shareholder letter.

Basking in the self-reported success of new original programing “13 Reasons Why,” “Stranger Things,” and Bright, coupled with SAG winner The Crown and Black Mirror, among others, Netflix said it would up marketing spend in 2018 to $2 billion from $1.2 billion. The service will spend another $8 billion on content.

“Most of the critical reviews you read are English language, and usually just U.S.,” Hastings said on the investor webcast.

“We want great content, and we want the budget to make the hits we have really big, to drive our membership growth,” Hastings and Wells wrote in the letter. “We’ll grow our technology & development investment to roughly $1.3 billion in 2018.”

Hastings added that he views marketing as an internal competition whereby  dollars spent must be justified compared to organic growth through word-of-mouth and technology.

“As we stand right now, it still is a really good financial investment to increase on the marketing,” he said. “But, we’re also trying to grow the organic reach, social and PR.”