Netflix is beginning to replace its younger customer base with older streamers, as people of all ages are seeking on-demand entertainment, according to new data from Ampere Analysis.

In some mature markets, for the first time 24- to 44-year-olds are now more likely to be Netflix subscribers than their 18- to 24-year-old peers, according to a consumer survey of 48,000 Internet users across 25 markets. The data illustrates the rapid demographic changes in media consumption as the world emerges from lockdown.

Indeed, global monthly usage of Netflix increased by over 22% among the 45+ group in the past two years, while the same time period saw a growth of just 5% among younger consumers. 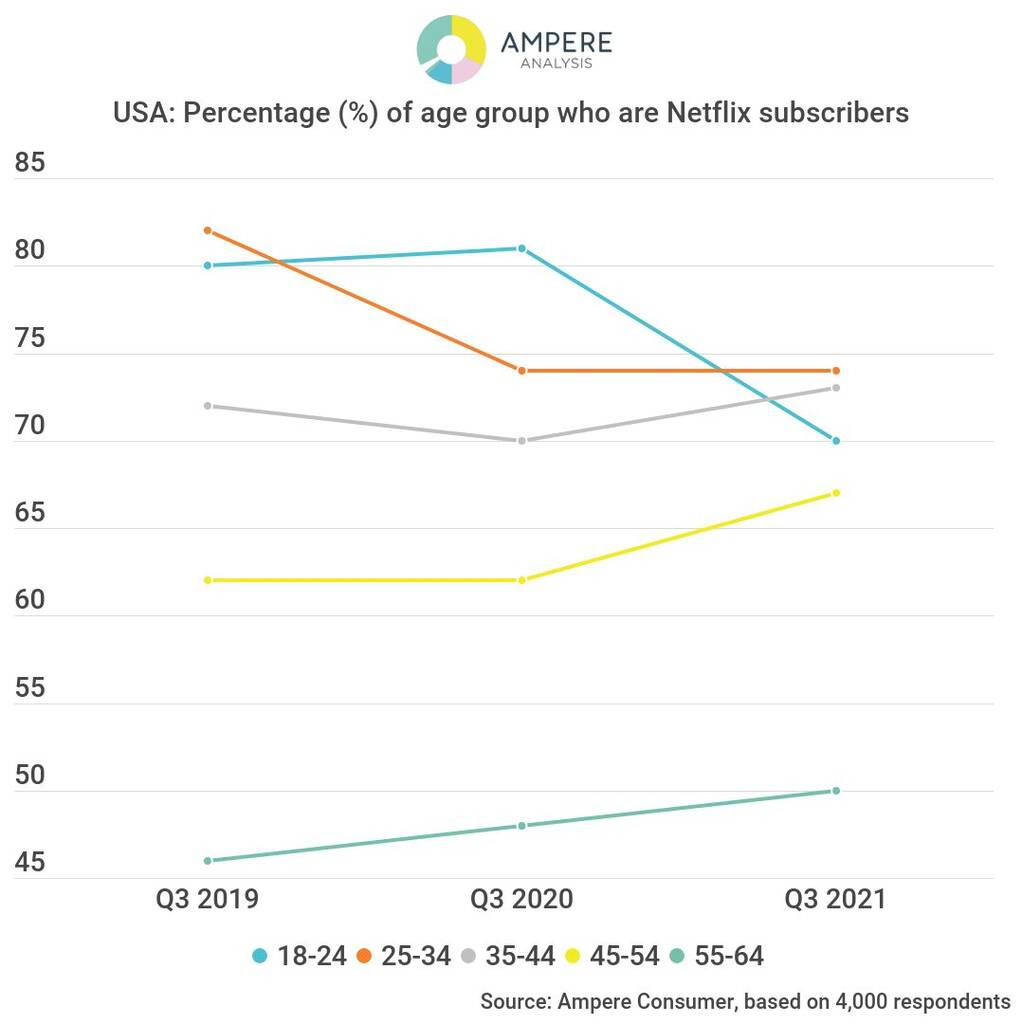 Ampere contends the demo change could be the result of younger consumers seeking out-of-home entertainment for the first time since the pandemic began. Recent box office hits Cruella and Marvel’s Shang Chi and the Legend of the Ten Rings saw upticks in younger moviegoers. Nearly half of returned cinemagoers this quarter were aged under 35. Pre-pandemic, they represented just over a third of theatrical attendees.

“We can see the pandemic’s impact as older audiences turned to Netflix for entertainment during the numerous lockdowns,” analyst Minal Modha said in a statement. “As we emerge from the pandemic, it’s the younger demographics who are spearheading the return to the cinema in search of a more social viewing experience.”