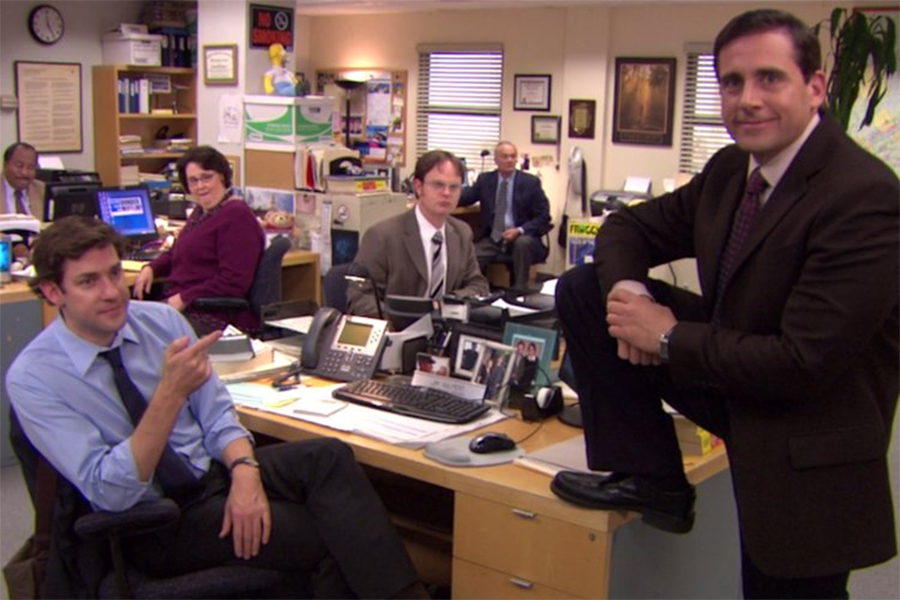 Catalog mockumentary “The Office” makes its exclusive bow on NBCUniversal’s Peacock streaming service on Jan. 1, 2021. It’s a big deal since “The Office” has ranked among Netflix’s most-popular programs on a weekly basis since Nielsen began tracking SVOD programming.

With NBCUniversal outbidding Netflix for exclusive streaming rights, the media giant is set to make available for free the first two seasons (2005-06) of the series about the fictional Dunder Mifflin Paper Company, and featuring an ensemble cast headed by Steve Carell, Jena Fischer, John Krasinski, Mindy Kaling and Rainn Wilson, among others.

“Having ‘The Office’ back in the [NBCUniversal] family opens up access to a lot of extra content that we originally shot,’ Greg Daniels, creator of the U.S. version of the show, said in a statement. “I went back into the dailies with the original [show] editors … and found some never-before-seen footage that was cut for time, but is still fun to see.

Viewers can either watch the classic version of the show, or the ‘Superfan’ cuts with new footage and other scenes Peacock will gradually begin rolling out, starting with the third season.

Episodes will be available with Spanish audio and closed captions. In addition, the series will have video clips categorized by “pranks,” “best office romances,” and “office words of wisdom,” among other genres. Peacock is also streaming a channel called “The Office Zen” featuring “ambient noise devoted to the sights and sounds of the office for anyone working at home.”