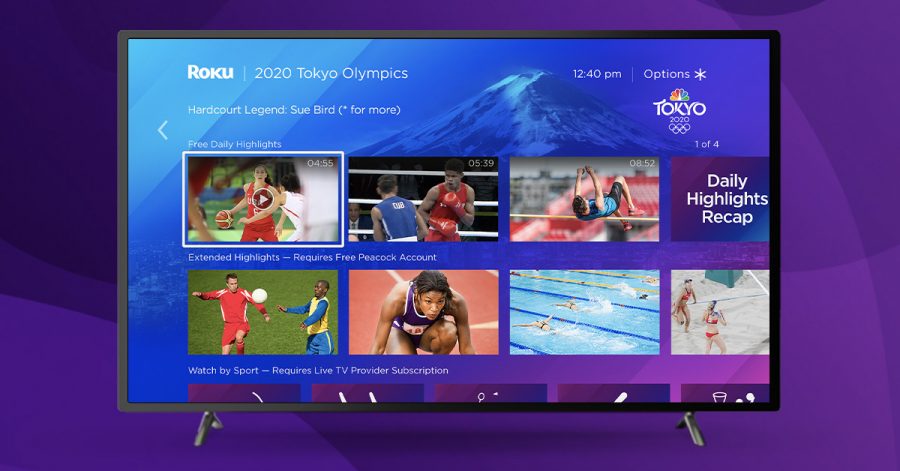 NBCUniversal and Roku July 20 announced a partnership to bring the 2020 Tokyo Summer Olympics to streamers on the Roku platform in the United States.

For the first time, Roku is creating direct access to NBCU’s 5,500 hours of streaming coverage of the Summer Games. Roku users will be able to access in-depth coverage of the Games via the NBC Sports or Peacock channels on Roku devices starting July 20 through August 8.

“As this is Peacock’s first Olympics, we saw a great opportunity to bring the games to life across the Roku platform,” Maggie McLean Suniewick, president of business development and partnerships for direct-to-consumer at NBCUniversal, said in a statement. “This experience on Roku makes NBC Olympics content unmissable for streamers.”

NBCUniversal previously announced that it will present 7,000 hours of coverage of the 2020 Tokyo Olympics this summer across its multiple platforms.

“Streaming has fundamentally changed the way we come together for news, sports and entertainment today and nothing combines these moments together better and on a bigger scale than the Olympics,” said Tedd Cittadine, VP of content partnerships at Roku.

Specifically, Roku users will be offered a dedicated left-side menu on the home screen starting on July 20. The experience will be available on supported devices. Ahead of the Games, a countdown clock will track the time remaining to the Opening Ceremony and users will have access to free Olympics-related content, as well as a quick informational video on how to watch the Games on their Roku devices.

Once the Games begin, the countdown clock will be replaced with a medal tracker. Users will be able to stream free daily highlights, get access to live shows, condensed replays and highlights for free through Peacock. Users can watch live events through NBC Sports.