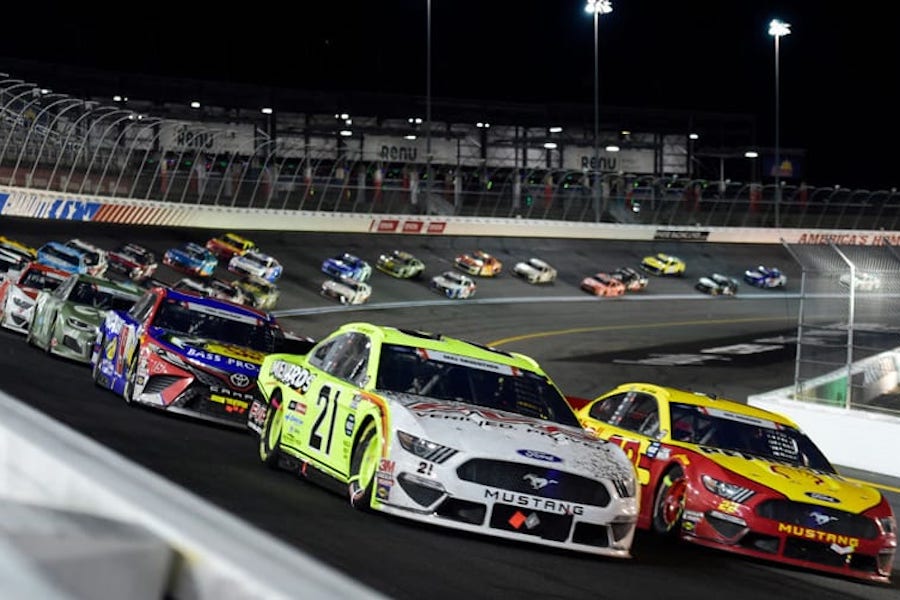 NASCAR June 2 announced a partnership with Facebook for a new iOS and Android app that enables spectators to interact with commentators at live events.

Users will be able to interact with the expert commentators, journalists, current or former athletes or aspiring “fan-analysts,” who will host a venue for each race. During the race, those commentators will provide commentary, pose interactive questions and polls and open up short chats around specific moments of the event. Users will also be able to communicate with each other and enjoy multiple venues during a given race, offering different takes depending on their favorite expert commentary.

“As NASCAR makes its return to action over the coming weeks, Venue will provide users with a unique and exciting way to connect with fellow race fans from around the globe — all from the safety and comfort of their own homes,” Tim Clark, SVP and chief digital officer at NASCAR, said in a statement. “NASCAR was built on innovation, and we couldn’t be more excited to help a great partner like Facebook’s New Product Experimentation team innovate around new platforms.”

Ime Archibong, head of Facebook’s New Product Experimentation, said the app is a good way to jumpstart live sporting events during a pandemic.

“Digital spaces can connect us when we can’t be together in person, and Venue is one way to feel the energy of watching live events with other fans,” Archibong said.

Facebook said commentators will be able to create “moments” during the race — short-lived, digital opportunities for fans to connect based on something interesting that happened on the track. Users will be notified when a new “moment” is created so they don’t miss commentary while watching the race and interacting within the app.