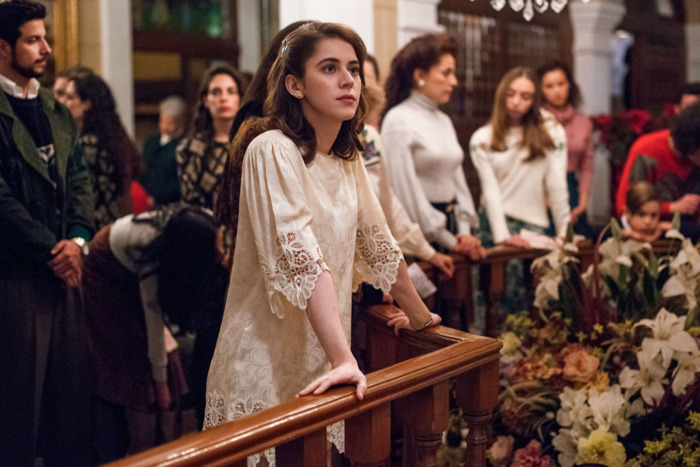 A nearly 60% spike in demand for “Narcos: Mexico” sent the Netflix series about the Mexican drug wars racing up the digital originals chart for the week that ended Nov. 24, according to Parrot Analytics data.

The show finished the week at No. 2, up from No. 6 the prior week, when it debuted, with average daily Demand Expressions soaring to 36.9 million from 23 million the week before.

“The Chilling Adventures of Sabrina” remained No. 1 for the fourth consecutive week, despite a 20% decline in demand to 37.4 million average daily Demand Expressions, Parrot Analytics data shows.

Big gains in demand also were seen for “Big Mouth,” the adult animated sitcom – also on Netflix – that is based on co-creators Nick Kroll and Andrew Goldberg’s middle school years in Westchester County, New York, with Kroll voicing his fictional self.

“Big Mouth” re-entered the top 10 digital originals chart at No. 5, with a 30% rise in demand. Parrot Analytics attributes the gain to the announcement that a third season is in the works and will be released next year.

Also in the top five for the week that ended Nov. 24: “Stranger Things” at No. 3, the same position it held last week, and “Marvel’s Daredevil” at No. 4, down from No. 2 the prior week.

The only non-Netflix entry on the top 10 digital originals chart for the week is Hulu’s The Handmaid’s Tale, which repeated at No. 8. 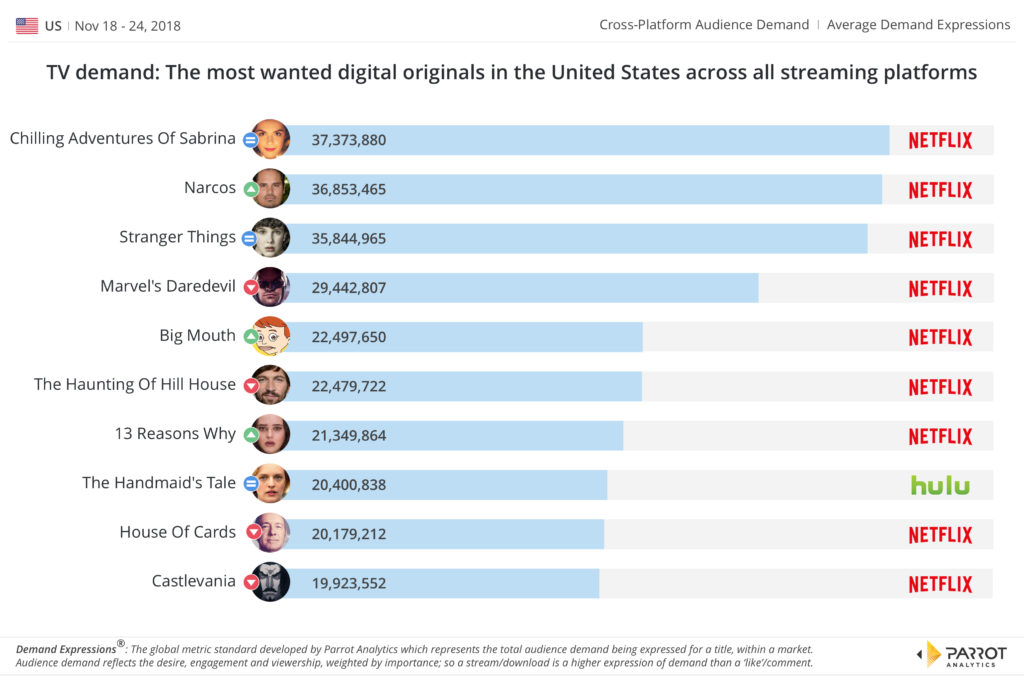