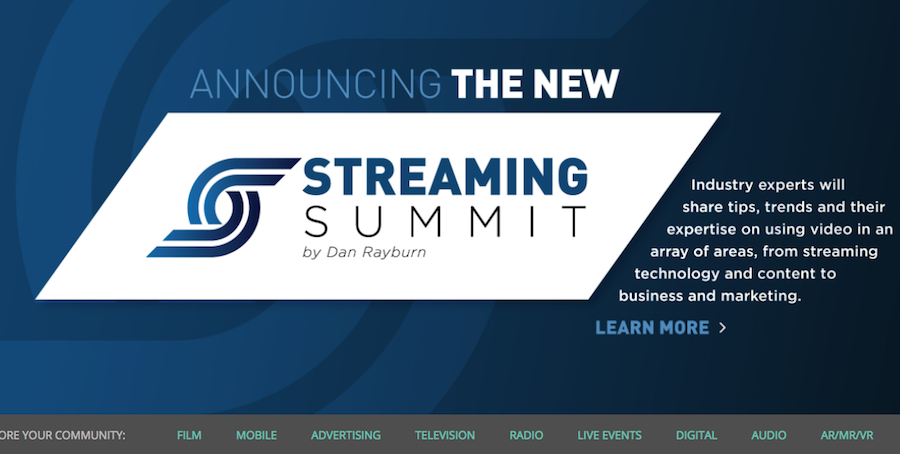 In a sign of the changing nature of the broadcasting business, the 2018 NAB Show will debut the Streaming Summit, a one-day conference held April 11 at the Westgate Hotel in Las Vegas.

The program, which is co-produced by streaming industry expert Dan Rayburn, will focus on the dynamics of the streaming media business, from advances in technology to monetization opportunities and content offerings.

The Streaming Summit will also extend to NAB Show New York, October 17-18, 2018, at the Javits Convention Center and will include a show floor exhibit spotlighting the latest in streaming technologies.

“The Summit brings together broadcasters, publishers and enterprise organizations to educate and empower those tasked with the creation, monetization, and delivery of video across all platforms,” according to a NAB release. “From OTT to live streaming, the Streaming Summit will address a wide range of topics such as live linear workflows, transcoding, and distribution.”

The program will include case studies, technical presentations and panel sessions to offer insight into new business models and technology platforms expected to impact the industry.

“As video streaming services continue to gain immense popularity, media and technology companies must evolve to meet the demand for quality content when and where consumers want it,” said NAB EVP of conventions and business operations Chris Brown in a statement. “We are pleased to be working with Dan to present the Streaming Summit at NAB Show as a forum for education and industry collaboration around streaming.”

Rayburn co-founded one of the first webcasting production companies and has served as the global director for a major streaming media corporation, works as an analyst and publishes reports on streaming media technologies.

“The NAB Show has more attendees, vendors, customers and analysts all tied to the video market than any other show in the world,” Rayburn said in a statement. “The Streaming Summit will educate and empower attendees with the information and tools needed to understand and leverage streaming and online video services for the good of their business and the industry as a whole.”