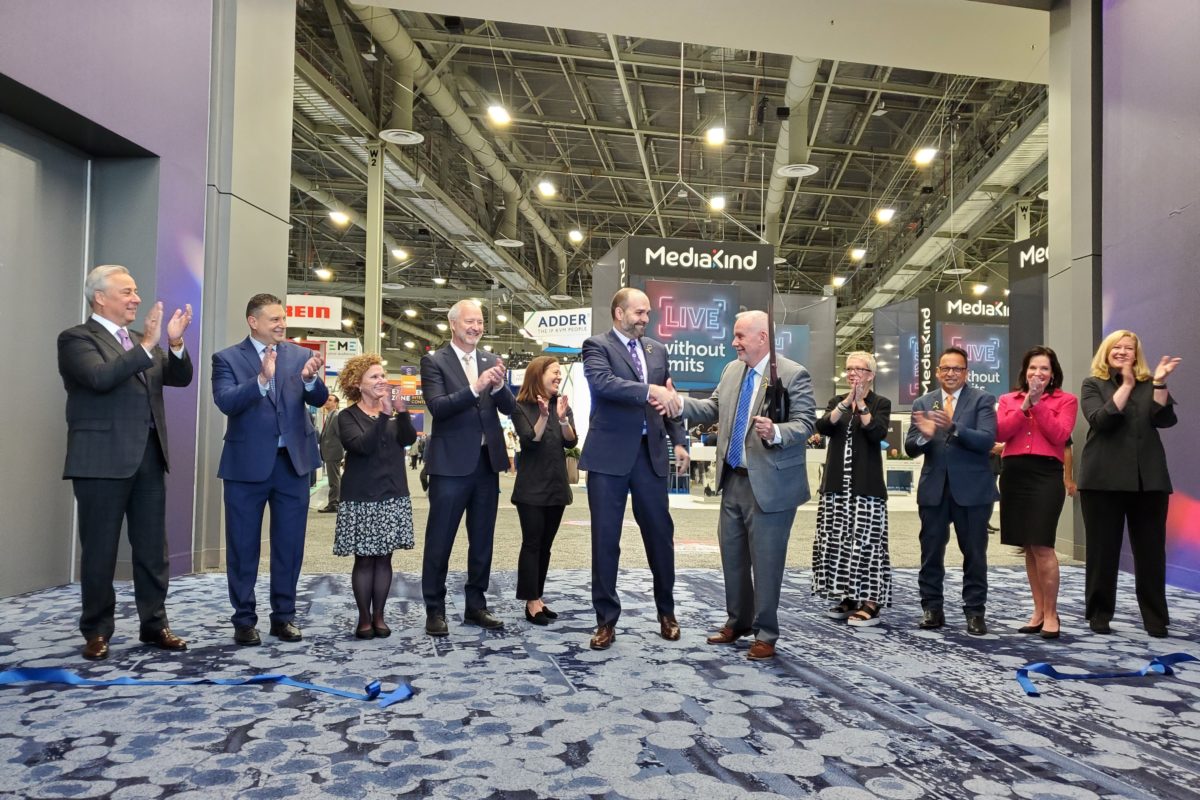 The NAB show runs through April 27 and this year is hosting representatives from broadcast, entertainment and technology interests in 154 countries. The show is returning to Las Vegas after being waylaid for two years by COVID-19; organizers have said they expect up to 50,000 attendees.

The 2022 edition of the annual trade show has three themes — creation, connection and capitalization — with a special focus on intelligent content.

“As a platform for millions of dollars in commerce, the NAB Show is pivotal in ushering in the latest innovations propelling content forward and leading our community into new territory,” new NAB President and CEO Curtis LeGeyt said in a statement. “We are excited for attendees and exhibitors to experience the curated journeys available on our reimagined convention floor as we get back to doing business face-to-face.”

A two-day Streaming Summit, which begins today (April 25), will feature speakers and presenters from the OTT, broadcast, sports and streaming media industry, discussing technical and business challenges and opportunities in packaging, monetizing and distributing online video. Topics range from ingestion and transcoding to media management and playback.

Highlights include conference chair Dan Rayburn sharing some of the latest industry trends and outlooks; a “fireside chat” with Warner Bros. Discovery executives on delivering live sports through digital platforms; and a panel discussion on bundling and distribution strategies for growing subscribers.

The show opened a week after Netflix stock nosedived after the leading streaming service reported a loss of subscribers rather than the expected gain. Fearful investors dumped the streamer’s stock amid growing concerns that SVOD growth is stalling as consumers grapple with too many services at too high a monthly cost. A TiVo study last year found that due to subscription stacking, the average household SVOD cost, including the required internet access, is $142 a month, higher than the average cable bundle.