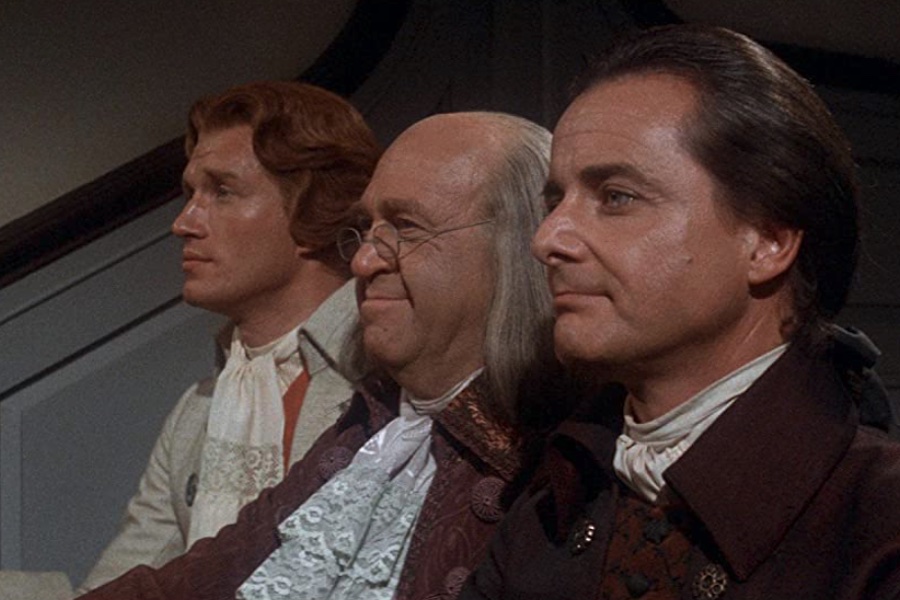 For its 50th anniversary, the musical 1776 will be released on 4K Ultra HD from Sony Pictures Home Entertainment May 31. 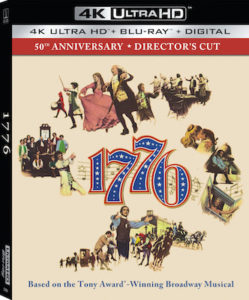 The release includes a limited-edition sleeve with theatrical poster art and includes both the 165-minute director’s cut and the 167-minute extended cut, both presented in 4K resolution with Dolby Vision and Dolby Atmos + 5.1 audio.

1776 is a musical celebration of the founding of the United States of America based on the award-winning Broadway production. The story centers on the tough and unyielding John Adams (William Daniels), the charming and pragmatic Benjamin Franklin (Howard Da Silva), the brilliant young Thomas Jefferson (Ken Howard), and the rest of the Continental Congress. All events lead up to that most significant historical date: July 4, 1776.