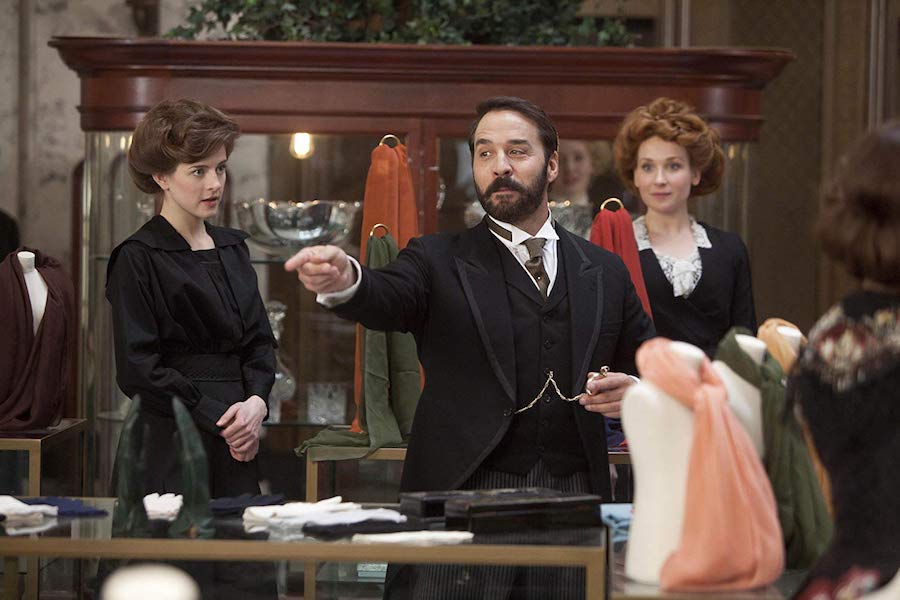 PBS Masterpiece is $5.99 per month with an Amazon Prime or Prime Video subscription.

The six-part miniseries adapted from Hilary Mantel’s best-selling novels, “Wolf Hall,” begins streaming Nov. 10. A historical drama for a modern audience, this unromanticized re-telling lifts the veil on the internal struggles England faced on the brink of Reformation. From humble beginnings and with an enigmatic past, Thomas Cromwell (Mark Rylance) is the brilliant consigliere to King Henry VIII (Damian Lewis). Told from Cromwell’s perspective, “Wolf Hall” follows the complex machinations and back room dealings of this pragmatic and accomplished power broker who must serve king and country while dealing with deadly political intrigue, Henry VIII’s tempestuous relationship with Anne Boleyn (Claire Foy, “The Crown”) and the religious upheavals of the Protestant reformation.

The biography What the Durrells Did Next hits screens Nov. 11. Hosted by “The Durrells in Corfu” matriarch Keeley Hawes, it follows the true story behind one of the best-loved families in TV drama. Lifting the lid on every family secret, heartbreak and triumph, the program reveals how Corfu shaped the personalities and ambitions of each family member. It’s an outlandish story of African expeditions, global fame, heartbreak and the establishment of a zoo dedicated to saving endangered species. The film describes how young Gerry Durrell grew up to be a world-famous zoologist whose ideas on conservation revolutionized the roles of zoos forever, how Larry Durrell nearly won the Nobel Prize for literature — but was deemed to have too much sex in his books — and how flirtatious Margo stayed forever young on cruise ships across the world. With exclusive testimony from HRH Princess Anne, family members, experts, and the actors who brought these beloved characters to life, the show is packed with revelations and personal insights.

Available now for streaming is the Danish drama-mystery “Walter Presents: Seaside Hotel, Season 2.” It’s the next summer at the Seaside Hotel and the residents are back for more shenanigans. After spending the winter helping out at the hotel, chambermaid Fie remains heartbroken from the previous summer. Amanda refuses to tell the truth that could exonerate Morten of Mr. Lindberg’s murder, keeping Morten on the run and leaving Fie with a broken heart. Forced apart from a new fling by her father, Amanda must once again spend the summer in the hotel. Meanwhile, two new young gentlemen have moved in and their contemporary style and attitudes doesn’t settle well with some of the regular guests. And one of them sets his sights on Amanda.

Streaming beginning Nov. 8 is the French series “Walter Presents: Mystery in Paris, Season 1.” A combination of thriller and women’s emancipation, this series is set in the heart of Paris, which was experiencing an industrial and social revolution at the time. Each episode place at an iconic site in the City of Lights, during the late 19th century. Told from the women’s point of view, a ghastly murder occurs in each of the locations: the Moulin Rouge, the Eiffel Tower, the Opera Garnier, the Place Vendôme, the Louvre Museum, The Sorbonne University, and The Elysee Palace, where the main character needs to solve the mystery and the murder.

The Dutch series “Walter Presents: The Neighbors, Season 2” hits screens Nov. 22. The second season of the drama returns to the same suburban streets, one year later; the neighborhood hasn’t changed, yet the dramatic events of the previous year have turned the characters’ lives upside down. Following her recovery from a coma, Eva returns to the neighborhood, while her husband Peter is still locked away in an institution. However, she has been left with amnesia and has no recollection of her past life with Peter. Could this be the fresh start she needs? Steef has been sentenced to four years in prison, but is not planning to stay behind bars for long. After a daring prison escape, he has two priorities — finding his son and taking revenge for the death of his wife, Rebecca. In the meantime, Eva befriends her new neighbors Steffi and Lex and their kids who are completely unaware of last year’s drama and are preoccupied with their own messy web of lies. By presenting herself as a babysitter, Eva finds a way into their lives and soon after starts plotting the fulfillment of her lifelong wish — a family of her own.

The French series “Walter Presents: Bright Eyed Revenge, Season 2” starts streaming Nov. 29. The new season begins with Olivia on a quest to find and save her daughter Lou. Nothing can stop her, not even her arch enemy, Etienne Chevalier, the man who had Lou kidnapped. But her mission takes on a suspenseful twist. Alone and against all odds, she manages to track down Lou’s location. But the new police officer on the case thinks she is nothing but a lawless renegade. Caught in the crossfire, Olivia is forced to give herself up and gets thrown in jail.

She struggles to survive the hostile world of prison and begins to question her own motivations. Has she become so blinded by the need for vengeance that she has done more collateral damage than good to those around her? How can she stop the machine? Faced with Etienne’s new evil schemes, she has only one possible ally left: Alexandre, the father of her child.