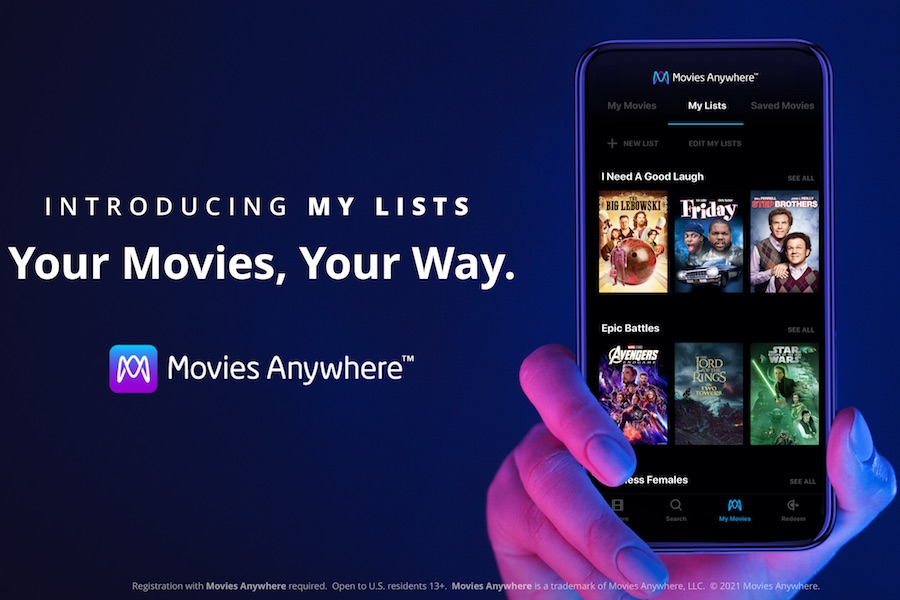 Users can get an organized list via AI, machine learning, and a special algorithm that auto-generates lists specifically for each user, based on the user’s unique viewing and purchasing behavior. Suggested lists are developed by genres, people, franchises, or themes utilizing user movie watching and purchasing habits.

“My Lists” is also customizable and users can create their own or tweak the auto-generated lists to better suit their needs.